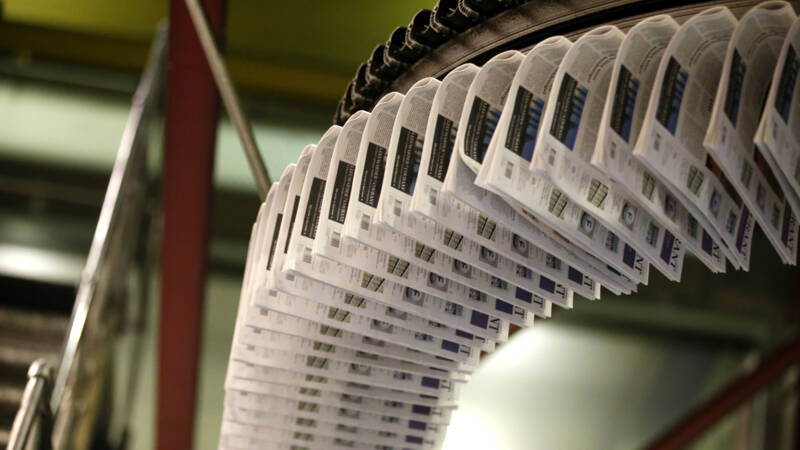 North Dutch NDC Mediagroep wants to get rid of all the door-to-door paperwork. RTV Noord reports on the basis of internal correspondence in the NDC. The publishing group no longer sees a perspective within the company for the 40 weekly and newspaper magazines it distributes in Groningen, Friesland, Drenthe, Overijssel and Flevoland.

Publisher Dagblad van het Noorden, Friesch Dagblad and Leeuwarder Courant, among others, want to dispose of the newspaper door-to-door after an internal investigation, which showed that making money from the newspaper is hardly more possible. According to RTV Noord, this is mainly due to the disappointing income from advertising.

It is unclear how many employees will be affected by the decision. There is a social plan that the unions have agreed to. The plans would have no negative consequences for editors Dagblad van het Noorden and Leeuwarder Courant. Employees of the printing company would also be spared.

The sale of the weekly newspaper is reportedly an important part of the reorganization that began after Belgian newspaper publisher Mediahuis took over the NDC last year. Mediahuis is the publisher of, among others, NRC and De Telegraf. The company wants to lift the loss of NDC to its feet and is making it to 2023. The NDC itself has not been able to make a profit in recent years. In 2019, losses amounted to 10.7 million.

There would be unrest in the NDC over the disposal of weekly newspapers. There would also be concerns about the danger of newspapers disappearing permanently and local journalism being lost as a result.

NDC CEO Koos Boot informed staff that NDC wants to get rid of all of its weekly magazines and that it is not intended to keep any of them. “A Dutch party that wants to take over the weeklies as a whole would be ideal, but it is impossible to assess whether it will succeed,” Boot said in a letter to employees. Boot informs RTV Noord that he understands that “the parties are not standing in line”.

It opens the possibility to save a certain number of sheets in the NDC. “Not all magazines are the same. Neither in the way they work, nor in the area in which they are distributed.”

The NDC Works Council does not want to substantially respond to the plans. Workers Council President Eelco van Tromp Boomsma points out that these are policy intentions. “It’s a way of thinking, and a decision has not yet been proposed.”

Secretary Paul Teixeira of the NVJ journalists’ union told RTV Noord that he was very concerned about the possible disappearance of the weekly newspaper. “We also see that in the North Holland and Limburg. And that’s where publishers like DPG and Mediahuis have stolen the headlines. It’s sad that the local media is disappearing because of that,” Texeira says.

“This clearing has thinned out the control task of journalism in the local area as well – think of municipal councils. The corona pandemic only accelerated this development in 2020.”

Do we deal with the flu differently because of the coronavirus? – NU.nl

We put technology to the test