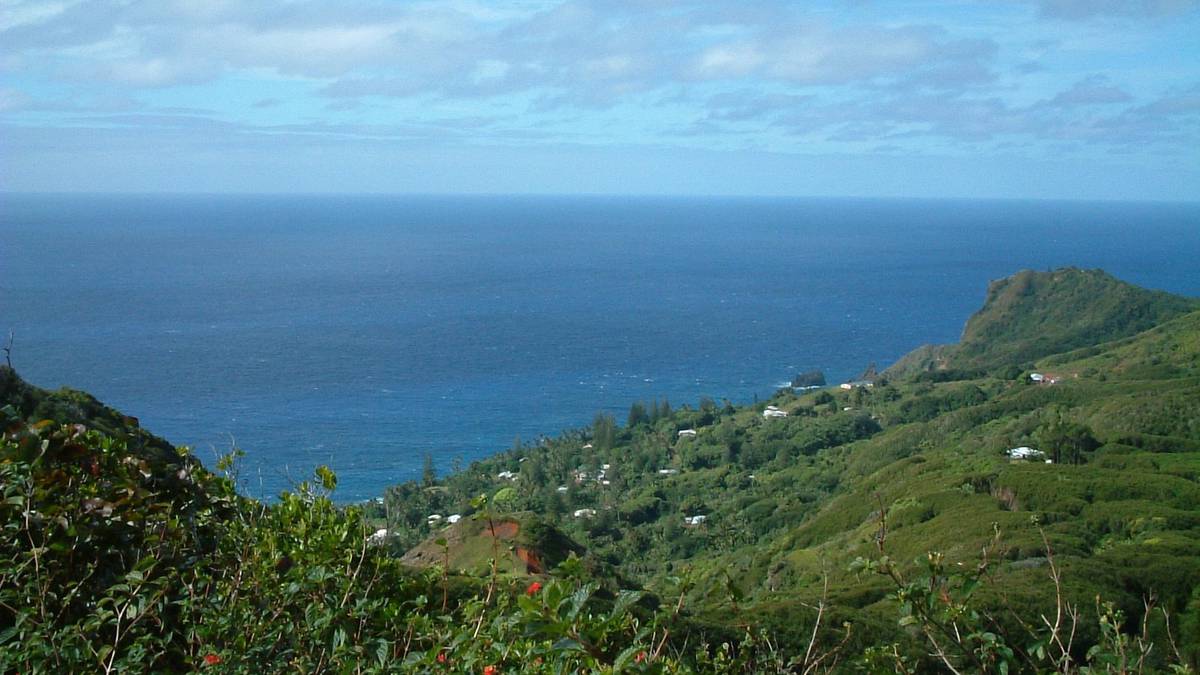 The sailor was on a supply ship bound for the remote Pitcairn Islands. Photo / delivered

The sailor who remained glued to the old buoy floated spent nearly 24 hours bawling in the Pacific Ocean after watching in horror as his ship sailed into the darkness without him.

Chief Engineer Vidam Perevertilov crashed from the deck of the Silver Supporter without a life jacket on Feb. 16 around 4 a.m. as the ship routinely supplied its voyage between Tauranga and Pitcairn Island.

Perevetilov later told his son that he felt dizzy after finishing the night shift at the engine room and went on deck to recover, only to fall for a drink.

“He doesn’t remember falling over the ship. He may have fainted,” Perevetil’s son told Marat Stuff.

Perevetilov regained consciousness when he saw the Silver Bearer sailing into the pitch darkness.

It took the ship’s crew six hours to notice he was gone.

Announcing the alarm and broadcasting the trouble to the Joint Rescue Coordination Center in Tahiti, the crew determined that Perevetilov was on board at 4 a.m. because he filled out a report diary at 4 p.m., Stuff reported.

Meanwhile, the exhausted Perevetilov struggled to stay afloat through the difficult night.

By the light of dawn he noticed a black spot on the horizon and swam towards it.

“It turned out to be an old fishing buoy,” Marat told Stuff.

“It was just a piece of sea trash.”

However, it floated and Perevetilov could cling to it and survive.

As he chattered in the water, he was answered with hope that he would be saved.

A silver fan found Perevetilov close to 5pm after he collapsed from the deck.

He performed the default search pattern when a passenger on board heard a faint voice by the side of the ship and pulled onto the ship, tired but alive.

British High Commissioner for New Zealand Laura Clarke, who also acts as governor of the Pitcairn Islands, told the Herald that everyone was “very relieved” to hear of the rescue.

“We were all afraid of the worst, given the size of the Pacific Ocean and its strong currents,” she said.

“So the fact that the Silver Fan found him and survived is just amazing: a survival story that even Captain Bligh … would applaud.”

Vice Admiral William Bligh traveled 6,700 km by open boat after being thrown into the air force while the 1789 rebels were Captain Bounty.

Members of the rebel crew later became the first inhabitants of the island of Pitcairn.

Perevetil’s son Marat, meanwhile, told Stuff that he was appalled that his dad had not taken with him a souvenir of a fishing buoy that had saved his life.

“It’s funny. He said he wanted to leave it there so he could save another person’s life,” he said.