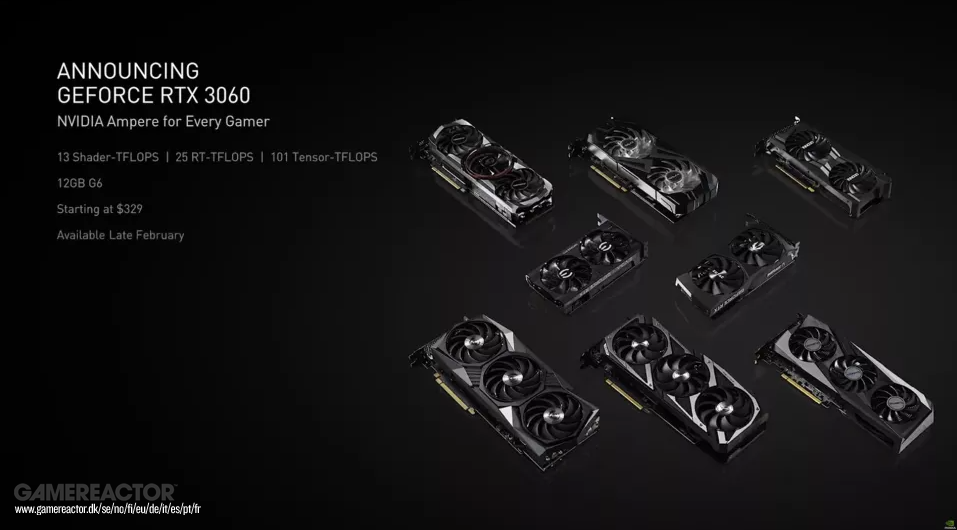 While it was almost impossible to get an RTX 30 series card from Nvidia, that didn’t stop them from uncovering a range of other models beyond the original 3080 and 3090. The latest shot in the trunk arrived at this year’s CES show, and an expanded version of the existing RTX 3060.

But just as rumors were already established a few weeks ago, the big difference this time around is that it has 12GB of VRAM.

It is scheduled to launch in late February. If then you manage to get hold of one, it is quite another matter.