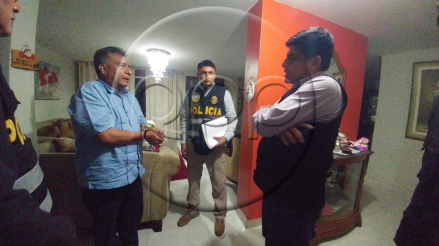 The members of the National Police, in cooperation with the State Attorney's Office, have arrested the mayor of Chiclay this morning, David Cornejo, in a mega-operation conducted in the northern city.

He was examined by a burgomaster for crimes of corruption and controversy and for allegedly running the criminal organization "Los Temerarios del Crimen". She is detained for ten days against him.

In an ongoing operation, 10 suspected members of the band were arrested, informed correspondent RPP news on that area. However, there is an arrest warrant for at least 20 people.

Among those involved, he would be the mayor's brother, Noé Cornejo, Councilor Juan Carlos Pérez Bautista and other councilors, managers and deputy managers.

Mega-operation includes searching for more indefinite number of homes and the Chiclayo municipality.