Across Poland, police officers and employees of the Sanitary Inspection are checking whether entrepreneurs comply with restrictions against coronavirus. The effect: discovering open gyms, restaurants, pubs as well as discos. In return, business owners argue that continuing to do business is the only way to avoid bankruptcy.

The business is suffering from a pandemic. Due to the limitations of coronavirus, the activity of some industries is limited. Additionally the government recently extended security restrictions until Jan. 31. In response to this decision, many entrepreneurs opened their own businesses, despite the prevailing restrictions.

Business owners register on the “Interactive free business card #OpenMy”. They assure that they must save their businesses and urge them to use their services.

On the other hand, the government’s crisis management team, as RMF FM journalists learned, issued a recommendation to organize mass actions to control and punish companies that, despite bans due to coronavirus, continue to operate.

LEARN MORE: There will be mass inspections and penalties for companies that continue to operate contrary to the bans

The government has announced: The end of helping entrepreneurs who will continue to do business

Despite the prevailing limitations a disco was opened in Olsztyn and a gym in Oleck. Police and sanepid inspectors inspected the sites on Friday night.

Rebellion of caterers in Legionowo. “The world belongs to the brave” 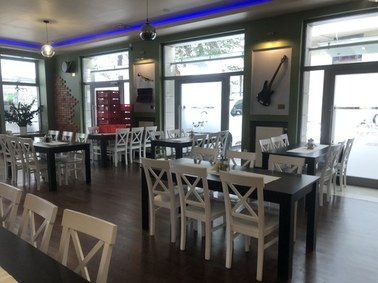 The owner of the space in Olsztyn invited customers to karaoke and dance parties via social media. At the same time, he assured that everything was maintained in a sanitary regime and that masks and hand disinfection were mandatory. There are far fewer people housed in the room than can be accommodated in them. Reservations were in effect.

As reported by Sergeant Andrzej Jurkun of the Olsztyn Police, the entrepreneur handed over the inspection, provided information and cooperated with the inspectors.

During the inspection, the incident was recorded by a camera and witnesses of illegal entertainment activities were identified. About 45 people were found there – he added.

In return, u Olecko During an inspection conducted with a Sanepidu employee, officers discovered the gym in which he was located owner and five trainees.

Both the health department and we have prepared the documentation and a request will be sent to the court for non-compliance with valid orders and prohibitions. said the subcommittee. Justyna Sznel of the Oleck Police.

Police and sanitary services also appeared in a restaurant in the old town of Torun, which decided to open as the first in the city.

At 11 a.m. about 20 people came to Tastes of India. The owners claimed they were “in the law” and that if they didn’t open now, the restaurant could collapse.

In the afternoon, two representatives of Sanepid came to the restaurant, with the help of the police. Neither the officials nor the representatives of the sanitary inspection decided to comment on this issue for the press. “No comment,” a Sanepid employee said.

No decision has been made to punish the owner, but the basis for such action may be a protocol.

Karczewski Entrepreneurs: Another moment of patience, we invite you to do so

Friday night a brewery was opened in Gorzów Wielkopolskie.

During the inspection, there were over a dozen customers on the premises. The case will end with a court report to punish the bar owner. Sanitary services also have the power and tools to discipline a person who violates applicable laws, thus exposing the spread of the epidemic. – said Grzegorz Jaroszewicz from the municipal police headquarters in Gorzów Wlkp.

“From 1 January to 13 January, it was carried out by representatives of Sanepid in the Silesian Voivodeship six intervention checksregarding compliance with restrictions on the conduct of business activities during the epidemic “- reported the Provincial Sanitary and Epidemiological Station in Katowice (WSSE).

Following the inspections, Sanepid did not take the cases to court. In one case – an open restaurant in Cieszyn – he initiated administrative proceedings to impose a fine, some cases are still being clarified, and in others no irregularities have been found.

Podhale: Some entrepreneurs start their own businesses despite restrictions