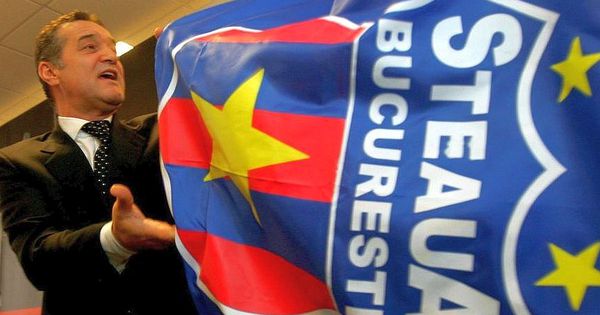 Victor Pițurcă analyzed the dispute between the FCSB and the Army Sports Club over Steaua’s brand, name and record and explained to Gigi Becali where he went wrong.

Former coach of Becali’s team and a close friend of the CSA Steaua project, Pițurcă is of the opinion that the landowner from Pipera made a mistake regarding the fans and that he would no longer be interested in the name “Steaua”.

“The FSCB is the FCSB, and Steaua is Steaua. What war? There is no more war! And in the conversation I had with him, he told me: “Man, Pete, I’m talking, but I’m happy with the team I have. The star is something else, the brand is big, I can’t do what I want. I had problems, I was not calm. “

He could still be a patron of the Star, but when you own a Star, it’s completely different. It’s not your team anymore, it’s a team of fans! I think it’s good as it is.

Gigi declares that she wants to play in Ghencea, that he did too, but I am convinced that she does not want to play there. What to play when there is a big stadium (nr- National Arena)? “, Victor Pițurcă told as.ro.

In Romania, I don’t know which team I could score a goal with. Steaua Bucureşti will probably return to the first echelon, then we will see if I will be needed, I will definitely get involved. It’s the only club I’m going to get involved with
– Victor Pițurcă

VIDEO Ilie Stan hopes FCSB and Steaua will merge: “The spirit of Steaua no longer exists”

FCSB 2 and CSA Steaua make the ring in League 3 again! Which stars Becali sent to the match with Tunari

Gigi Becali, attacked by Cornel Dino after the “Battle of the Stars”: “It’s related to the evil that characterizes us”

Playtech: They have always been rivals, but THIS has only just been found out! The war of the diva between Andrea Marin and Mihaela Rădulescu. Bomb statements