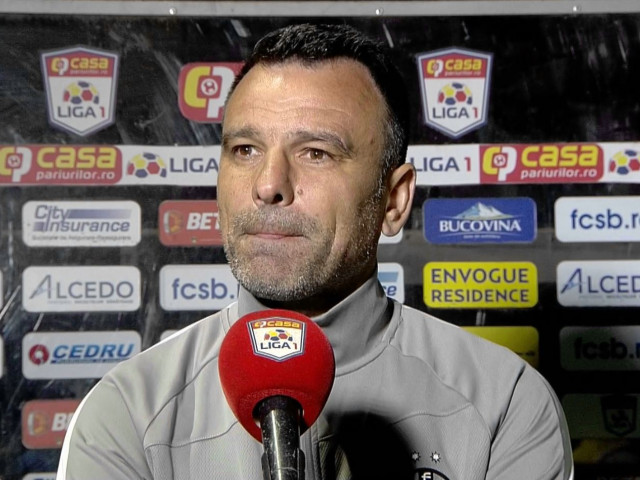 Toni Petrea: “As far as I know, no player is coming back”

At the end of the match, FCSB coach Toni Petrea was pleased with the result and explained why he changed Dragoș Nedelcu after only 33 minutes.

“Very good first half, we could have done more. We got a goal that confused us. After that, in the second half we gave up the middle of the field and allowed the opponent to cross over us. We didn’t have freshness and aggression, but fatigue accumulated.

Our opponent had two more days to recover. I really needed these points. We tried to catch them and we got out. I think we could have scored a few more times at least in the first half.

He also took Nedelc’s yellow card, it is clear that there is no rhythm of the game. Naturally, it comes after a long period of inactivity. He played both after the first and second teams, where he had a relapse. That was about the change tonight. “said Petrea.

Asked if any of the injured FCSB players will be able to return by the end of the season, Toni Petrea said: “I don’t know what to say, I have no information. From what I know, no.”.

Toni Petrea: “I predict that the title will be decided in the last phase”

Petrea has prepared the next FCSB match, with Academica Clinceni, and believes he will decide on the title in the final stage, in a direct duel with CFR Cluj.

“There are contradictory results from them. They will surely want to make a good match against us. You have seen the last victory against Craiova. We have a very difficult match ahead of us, perhaps the most difficult in the next period, because I don’t want every wrong step to mean much.

I predict that the title will be decided in the last phase. It would be interesting to everyone except us. If we could get there sooner, it would be great. “, concluded Petrea.