Alexander Shlemenko: "Nagibin was sure the fight was not stopped and who would not hit his place?" Martial Arts / MMA 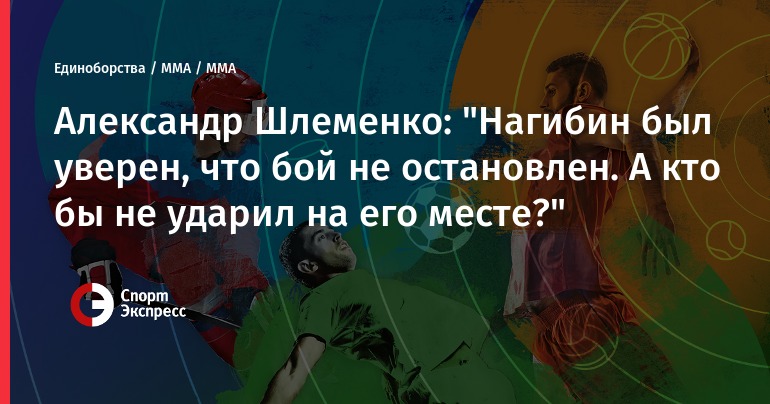 A Russian mixed-style fighter Alexander Shlemenko commented on an incident involving his team Timur Nagibin in battle with Georgi Karakhanyan at ACB 90. At the end of the first round, Nagibin hit a fake opponent on the face for which he was disqualified. After that, this incident turned into a fight between the fighters outside the ring.

– Timur did not hear gong, I did not hear gong, so I did not understand why he was disqualified. I think this judge worked unprofessionally. He did not tell hunters that the circuit was stopped. There has been a serious misunderstanding in which there is no blame for Nagibin. He hit the opponent, because he was sure the fight was not stopped. And who would hit his place? – said Shlemenko (Mikhail Potapov)