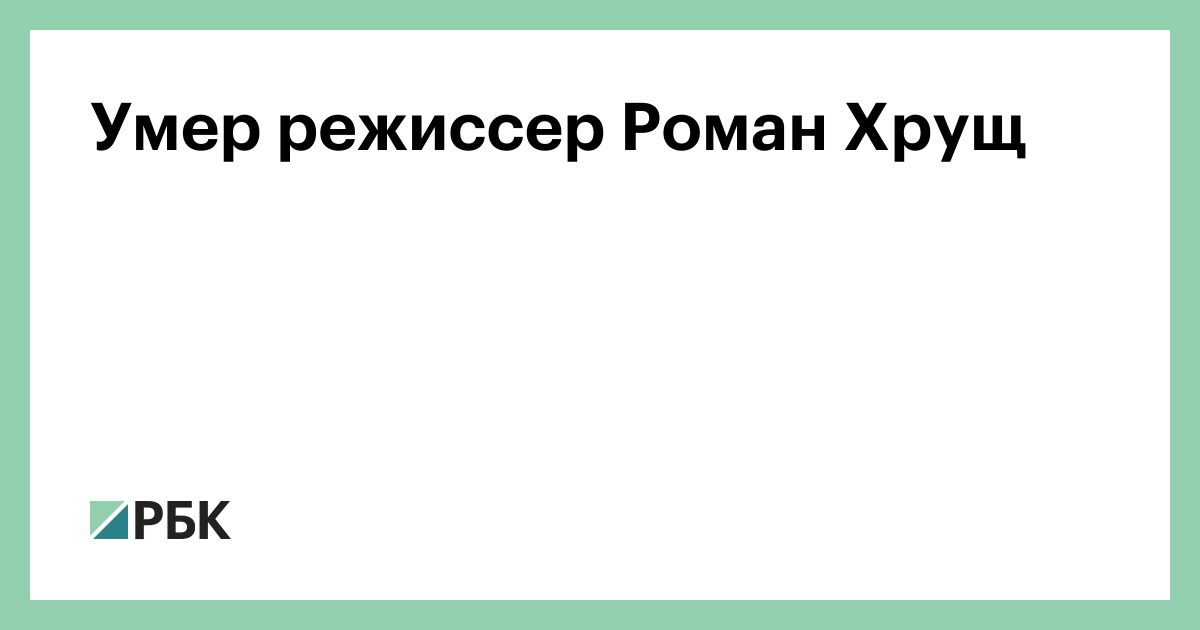 Russian director, cinematographer and screenwriter Roman Khrushchev has died, according to the website of the Union of Russian Cinematographers.

The cause of the director's death and the circumstances of the incident are not stated in the message. He was 59 years old.

Khrushchev was born in Kharkiv on January 29, 1960. He studied as a documentary film director-operator at the All-Russian State Institute of Cinematography, named S. A. Gerasimov (VGIK), graduated from the university in 1981.

The first feature film, the screenplay Khrushchev wrote for, was released in 2001. It was the movie "Two Paper Soldiers." He has also worked on feature films Pechorin, Black Sheep, Fart and others.