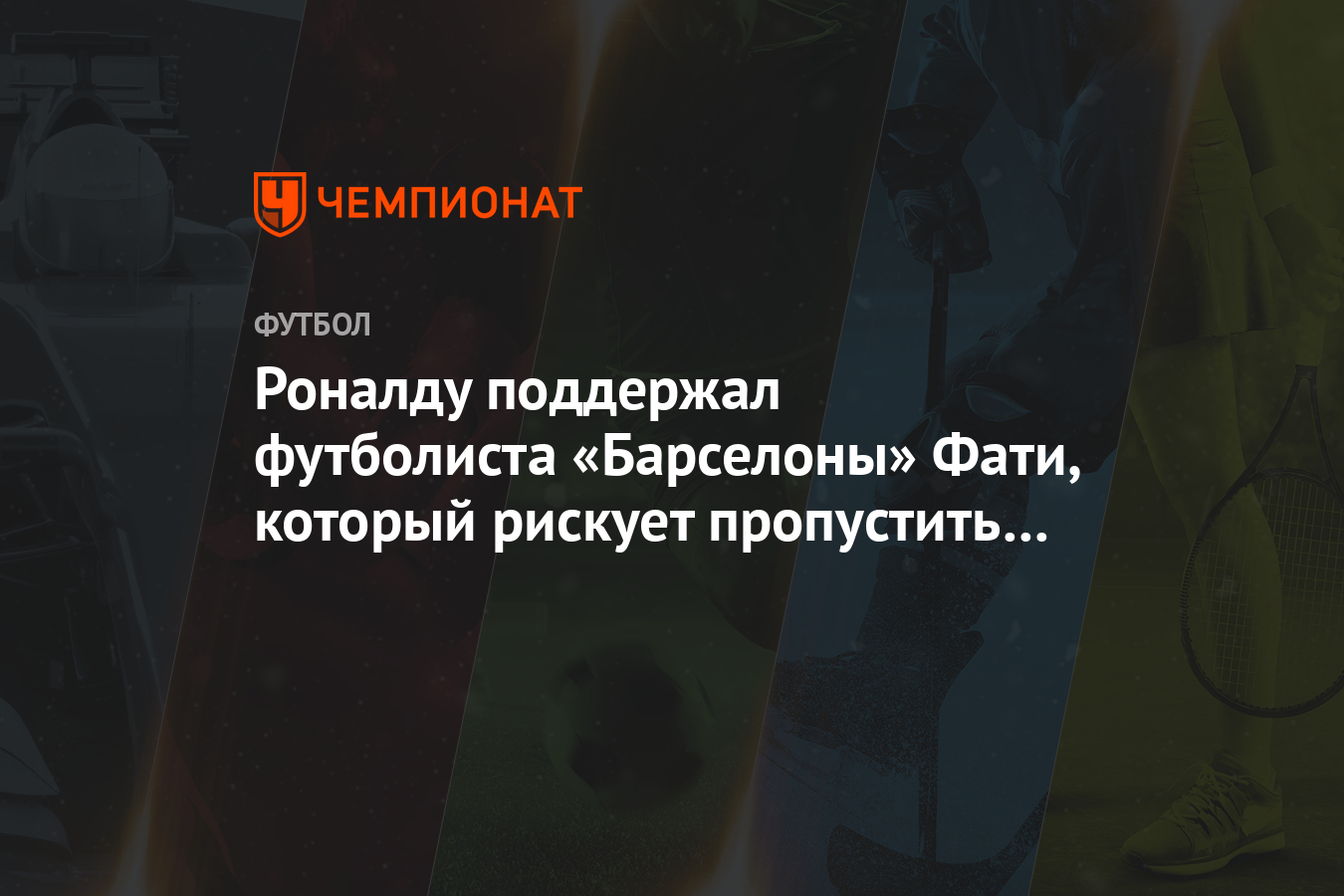 Forward of Juventus and the Portuguese national team Cristiano Ronaldo supported the Barcelona striker Ansu Fati, who are likely to miss the rest of the season due to injury.

“Come on, you’ll be back soon. Go ahead, ”Ronaldo wrote on his Instagram.

Fati was injured in a match with Betis in November last year, after which he underwent surgery. According to forecasts, he was supposed to return to the service for the return match of the 1/8 finals of the Champions League with Paris Saint-Germain (1: 1), but his recovery was postponed. It has been reported that he may need another operation.

This season he played 10 games in Barcelona and scored five goals. In addition, Fati has already played four games for the Spanish national team and scored one goal.

Fati’s current contract with the Catalan club runs until 2022.

Ansu Fati risks missing the rest of the season. He may need another operation