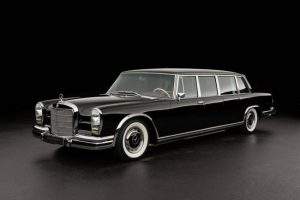 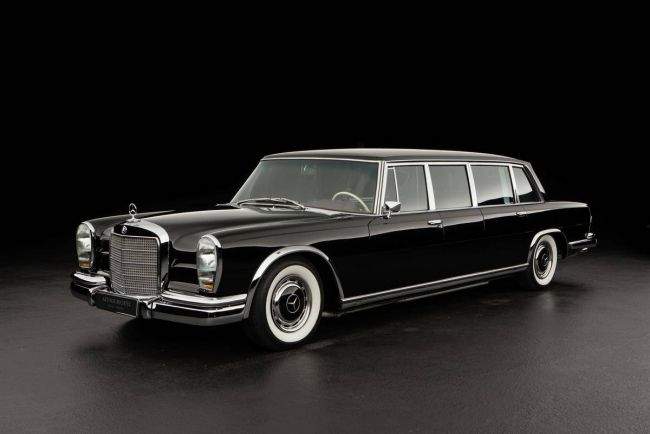 Representatives of the auction house of RM Sotheby, who is in the UK, said they would soon begin trading for the implementation of the unique Mercedes-Benz 600 Pullman sedan, published about 49 years ago.

Initial car price is not named, however, according to experts, it will surely be equal to several hundred thousand dollars, and the final cost may exceed one million. The model is sold with a dark blue body color, and the interior is decorated with red fabric. In total, a little more than three hundred car's "presidential" Pullman line was released. They are manufactured in Daimler's companies from the 63rd to the 81st of the last century. The number of standard limousines in the 600th series did not exceed 3,000 units.

The current owner has got this car 13 years ago. Over the past two years, he has spent many restoration operations, costing more than $ 40,000. As a result, the Pullman set for auction is one of the few cars that has managed to maintain its impeccable appearance and technical features. The car is equipped with a 6.3-liter engine that can develop nearly 250 horsepower.