The president of the National Bank: the decision to cancel the transfer of foreign funds will increase the resources of the currency 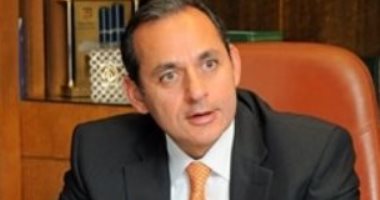 Hisham Okasha, the head of the National Bank of Egypt, said on Thursday that the decision to waive the transfer of foreign funds would increase resources on the foreign exchange market that were sold to the Central Bank under that mechanism, thus increasing the offer of foreign exchange as the market's investor movements.

The President of the National Bank of Egypt, in particular notes on the seventh day, already has several investors going for several months to directly enter the bank instead of the previous mechanism to secure their costs and therefore the decision is not contrary to market practices and investor trends.

The President of the National Bank of Egypt pointed out the availability of money to investors during their business over the past months, increasing their confidence in the applied market mechanisms that were the fruits of the economic reform program and the liberalization of the exchange rate, emphasizing that the mechanism continues to apply in the case of investment wishes to recruit abandoning inventory Before 4 December.