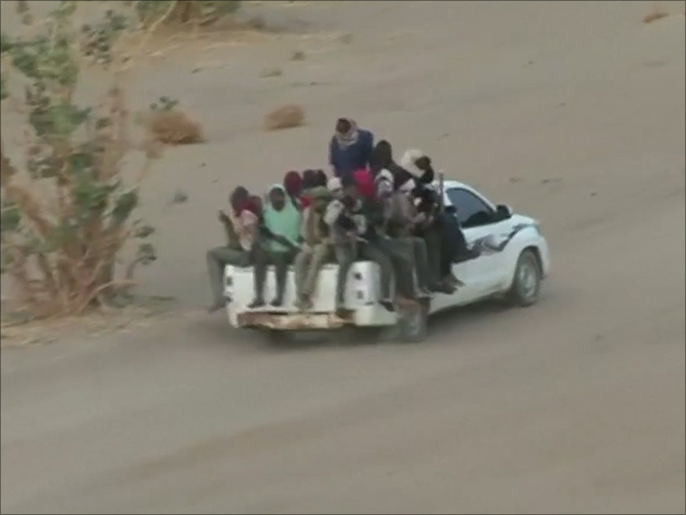 In one of the negative phenomena that accompany the age of globalization and technological progress, human beings have become a commodity for some gangs. They are traded, and their price – according to the United Nations website – for human trafficking groups ranges between 10 and 10 thousand dollars.

The crime is committed through organized international groups, and these gangs account for 65% of crimes related to human trafficking, while 35% of these crimes are committed through small gangs, and within the same region, and most of them occur in the form of juvenile marriage and forced labor. homes, in many countries, Arab countries, Asia and India.

Conflict areas around the world are witnessing many abuses of human beings, especially after wars or dictatorial practices have reduced the decent livelihoods of individuals exposed to displacement and migration. We found that news of irregular migration was carried by various media outlets, and these migrants drowned, or the crimes of some trying to sell children, or the exploitation of girls and women in the crimes of the slave trade.

The activity of human trafficking, within the area of ​​the black economy, which is criminalized by international conventions, as well as local legislation, and the money resulting from this criminal activity, is one of the important tributaries in money laundering operations.

For a time, some Arab countries were considered outlets for illegal immigration activities, as these countries accept those wishing to immigrate illegally from Asia and Africa to European countries, and several attempts have been made to counter this phenomenon, but without success. agreements and efforts have been made between some Arab countries and the Union.The European Union in the fight against the phenomenon of illegal immigration.

And since the Arab region has witnessed a state of abortion by the Arab Spring revolutions, there is a state of irregular migration by migrants from Arab countries experiencing armed conflict.

In refugee camps in Arab countries and Turkey, the phenomenon of underage marriage with older spouses, forced labor or unfavorable working conditions, in terms of increasing working hours, without earning adequate wages, as well as the absence of all forms of social protection for workers, has also spread.

The United Nations took July 30 each year as an opportunity to combat trafficking in human beings, following the promulgation of the Convention against Transnational Organized Crime in 2000, and there is a complementary protocol to the Convention entitled “Preventing, Suppressing and Punishing Trafficking in Persons”.

This protocol defines the criminal offense of trafficking in human beings as “the recruitment, transportation, concealment or reception of persons through the threat or use of force or other forms of coercion, kidnapping, fraud, fraud, abuse of power or vulnerability or giving or receiving has control over another person for the purpose of exploitation. Exploitation includes, at a minimum, the exploitation of the prostitution of others or other forms of sexual exploitation, forced labor or services, slavery or practices similar to slavery, slavery or the removal of organs. “

In 2014, a report by the International Labor Organization stated that profits from human trafficking worldwide were estimated at $ 150 billion a year, of which the largest share of commercial sexual exploitation was about $ 99 billion, and about $ 51 billion came from forced economic exploitation. in Areas of work in the household, agricultural sector and other economic activities.

Undoubtedly, in light of deteriorating political, social and economic conditions in many regions of the world, whether due to the conflict or the coronavirus pandemic, the earnings of trafficking criminals will be much higher than announced by the International Labor Organization in 2014. forget The impact of technological development and the communications revolution on the resurgence of trafficking crimes, according to United Nations estimates, the Internet has been a source of polarization and human trafficking for more than 50%.

The reality of the phenomenon in the Arab region

The United Nations Program to Combat Crime and Trafficking in Persons, 2018, which is published every two years, shows that the incidence of trafficking in human beings in the Arab region has increased due to the deteriorating political and security situation in some Arab countries. are exposed to the crime of human trafficking in these areas by adults.

The report found that more than 50% of those exposed to human trafficking in the Arab region are used in forced labor, and another 36% are used in the area of ​​sexual exploitation.

Reasons for the appearance in Arabic

According to a United Nations report, conditions in the region, where Arab countries are exposed to armed conflict and other countries in a state of political instability, have helped worsen living conditions and forced individuals to seek a better place to live, or a better source of livelihood.

Under this motive, trafficking gangs exploit their circumstances to give them the opportunity to travel or work, and then discover the truth after falling into the clutches of these gangs, to be fuel for their activities and a source of wealth.

Corruption within the corridors of some state anti-trafficking agencies contributes to the aggravation of this crime, and these corrupt people may even be part of the work of these groups, either by bribing or encouraging by promising that trafficking will not fall under the law or responsibility, especially in those countries that suffer from security and political chaos.

The ruling regimes in the Arab region differ in their ideological orientations and constitutional systems, but ultimately remain obliged to provide individuals with a decent life and achieve a measure of equality and social justice, which makes people feel their dignity and freedom.

However, the Arab reality is different from that, so the human condition has disappeared, and there remains a police state that does not care about human beings, so the crime of human trafficking and other negative social phenomena have increased, and Arab countries are affected by their most important economic resource, and that is human resource.

If there had been a human state in the Arab region, the phenomenon of the immigrant mind would not have taken root, and the occurrence of violence would not have flourished, and the region would not have witnessed the phenomenon of irregular migration. When a person finds in his society what motivates him to give, work and produce, does not spare, and vice versa, when a person finds himself surrounded by a police situation or a war atmosphere, he will undoubtedly look for the best, but reasons can lead him to fall victim to weak the soul, the warrior of mankind.