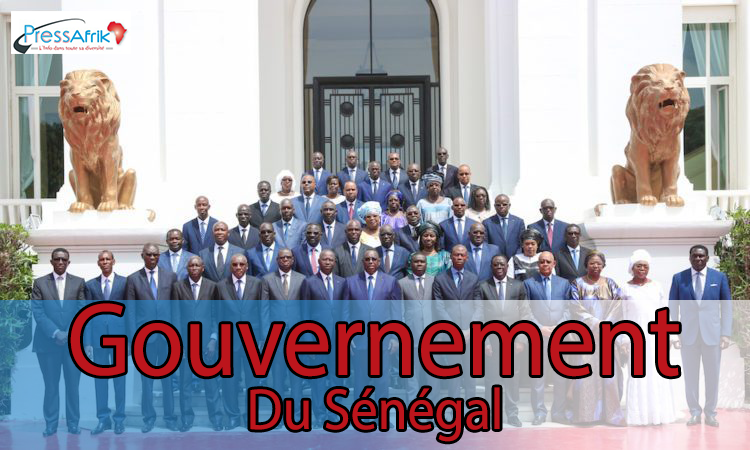 Prior to that, Foreign Minister Sidiki Kaba is now the Minister of Armed Forces, while Interior Minister Aly Ngouille Ndiaye retains his seat, despite being denied the Senegalese opposition.

New in the Cabinet, Me Malick Sall inherited the portfolio of Justice Minister and State Attorney. Mansour Faye of Hydraulics is now the Minister of Community Development and Social Equality. Former Senelec director, Mouhamadou Moctar Cissé, was appointed Minister of Oil and Energy and Mariam Sarr from the public service and public service reconstruction.

Oumar Youm is the Minister of Infrastructure and Transport. Amadou Hot, also new, manages the Minister of Economy, Planning and Co-operation, while Abdoualye Diouf Sarr remains unchanged with the Minister of Health and Social Welfare. Another new one. Moussa Baldé is Minister of Agriculture and Rural Equipment.

From the Ministry of Livestock, Aminata Mbengue Ndiaye is at the service of fisheries and maritime economy. Mamadou Talla is the new Minister of Education, and Oumar Gueye moves from the Ministry of Fisheries to the Territorial Communities.

Former COUD Director, Chief Oumar Anne became Minister of Higher Education instead of Mary Teuw Niane. Moustapha Diop will serve as the Ministry of Industrial Development and Small and Medium Industries. Artp's Head Abdou Karim Sall Minister of Environment and Sustainable Development. Aissatou Sophie Gladima remains at the site of the Ministry of Mining and Geology and Matar Ba at the Sports Department.

Samba Ndiobène Ka is the current minister of livestock breeding and breeding. Samba Sy remains unchanged in the Ministry of Labor and Social Dialogue. New, Abdou Karim Fofana is managing a portfolio of urbanism and housing. Aminate Assomme Diatta for Trade and Small and Medium Enterprises.

Abdoulaye Diop is the Minister of Culture and Communication. For the first time in Senegal, women are serving as ministers for youth. This is Nene Fatoumata Tall. Zahra Iyane Thiam became Minister of Microfinance and Social and Solidarity economics. Diop Dame of Employment and Ndeye Ndiye Ddi Diop of Digital Economy and Telecommunication.