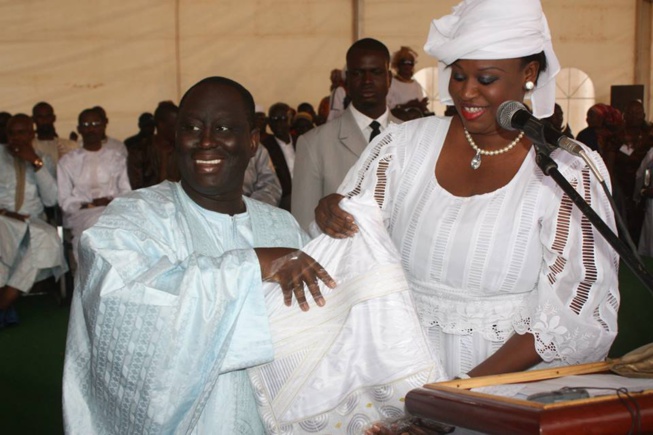 Coalition Guédiawaye Benno Bokk Yakaar, through his co-ordinator, Aliou Salla, expressed gratitude to the President of the Republic after appointing Nene Fatoumata Tall, Women's Coordinator of the APR Department, as the Minister of Youth. "A gesture that is both symbolic and strategic," they commented.
"The appointment of Nene Fatoumata Tall is also the dedication of a faithful activist of the first hour of the president, and Mrs. Mbaye is a model of devotion and loyalty. is also an appointment that gives justice and honor to all youth activists of Guédiawaye. Indeed, through Nene Fatoumata Tall, all the young people of the APR and the coalition President Macky Sall wanted to acknowledge for their dedication and loyalty can also be read in the press release.
Coalition Coordinator Benno Bokk Yakaar, co-ordinator of the RPA Aliou Sall, thanked the President of the Republic for this nomination, but also congratulated their other, Mrs. Nene Fatoumata Tall, before showing that he could count on him and him at all the strengths of the Guédiawaye Department to make him follow in a new mission entrusted to him by the head of state. "