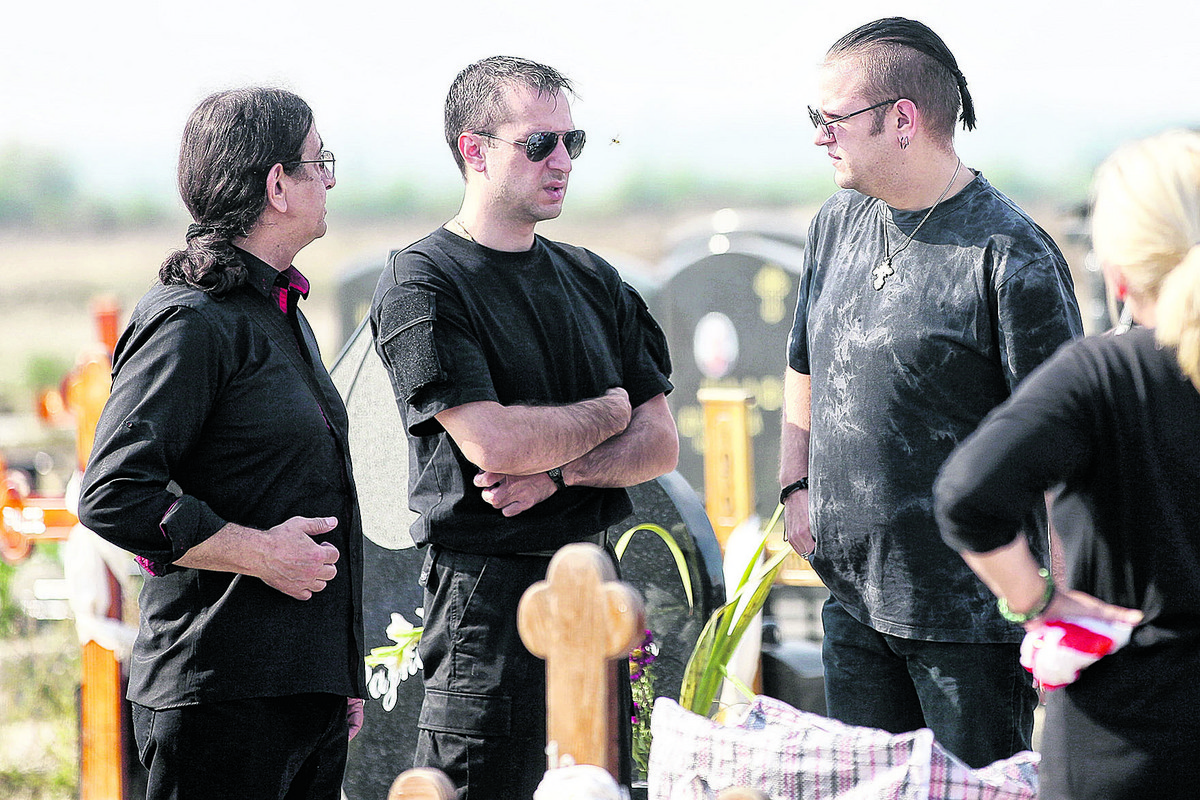 The murder of singer Jelena Marjanovic, 33, who was brutally murdered on April 2, 2016, has been rife with controversy, mysteries and bizarre events from the start.

The situations and turnarounds in this case were almost cinematic, so it's hard to believe that during the three years since the crime, it all happened ... A mysterious man at the grave, a gastrobiter as an investigator's bait, a private investigator's song and song about Jelena. family curse ... Often, all the confusion was contributed by the members of the Marjanovic family with their contradictory statements, strange behavior and lifestyle. Zoran, the prime suspect in the crime, at one point went into a rial where he talked about the whole case, his mother never went to the grave to kill her daughter-in-law because it could hurt "her energy" and his father blamed the "mystery" of the crime lovers "... Just when we thought that the bizarreness was coming to an end because Zoran found himself in court, on the day of his defense, the judge gave his defense lawyers and the prosecutor a mysterious letter that arrived in court. The letter says that Zoran was not guilty of the crime. already businessman Dragoje Milinkovic from Priboj ...

Days after Zoran's arrest, suspected of brutally killing his wife Jelena Marjanovic on an embankment in Crvenka near Borca, his first interview was published online, as a boy, given to reporters by the Third Eye magazine. In this talk, he talked about the experience of "astral projections in a dream" since he was seven years old. Zoran was then talking about the astral worlds and their levels that he met during these paranormal experiences.

"The astral world is a city of the dead, so to speak. In my sleep, when I fell asleep, I went to the first level of the astral plane. There are four negative levels and seven positive ones. They are negative for killers and those who do not work positively. They are not very human." said Zoran Marjanovic at the time.

AFTER the beauty of the widow

Rada Matic, a gastrobite from Vienna, a native of Koceljevo, and Zorica Mitrovic, are women whom Marjanovic was in contact with after the murder of his wife. Matic reached the public after the media published her correspondence with Marjanovic, whom she met through the Facebook group "Supporting Zoran", only a month and a half after the crime. Soon, according to "Kurir", it appeared that Matic cooperated with investigators who tried to find out more about the crime through her relationship with Zoran. At the time of the discovery, Matic entered into a conflict with Zorica Mitrovic, with whom Zoran was allegedly in a relationship at the time. Matic jumped on a police vehicle to try to prevent Zoran's arrest. After that, it was no longer reported in the media.

About a year before she was killed, Jelena Marjanovic (Krsmanovic's girlfriend) passed away an uncle, with whom she was very close after the death of her father. Both his father and he passed away from cancer. A few months after Jelena's funeral, her mother Zorica, who also suffered from cancer, passed away. The Death Series triggered the story of the curse of this unhappy family.

One of the most controversial figures in the case of the singer's murder was Nenad Sipka, director of the Center for Forensic Research in Novi Sad. He was hired by relatives of the slain singer, dissatisfied with the government-led investigation. Shipka has repeatedly claimed that the singer was not killed on the embankment but that her body was subsequently dumped. He offered himself to the prosecution and police as a witness, but his efforts remained fruitless. The most bizarre moment was when, at the urging of Jelena's sister, Teodora Krsmanovic, she sang a song dedicated to the slain singer. He also recorded a video for the song that left the entire public speechless.

Zorica Marjanovic, the mother-in-law of the slain singer, is probably the most mysterious and intriguing member of the family. Borce is also known among locals as a surgeon who treats with its bioenergy. Many celebrities reportedly turned to her for help. She was found to have been involved in narcotic drugs shortly after the singer was killed, for which she was sentenced to three months of probation. What was also intriguing was that Zorica was not at Jelena's funeral, or at all. The family claimed that she "should not go to the cemetery because of her powers." It was also strange that the day Jelena's murder was discovered, she was nailing her nails as if nothing terrible had happened. She also never visited her son, who spent several months in prison for the crime.

In early September 2017, Zoran Marjanovic participated in the reality program. He spent just under two weeks in front of the cameras, and immediately after his release, he was first arrested and formally suspected of a crime. He spent 10 months in custody and was indicted several months later. At the trial, which began last week, Zoran also spoke about his time at Rialit, claiming that he did not enter because of his popularity, "but to publicly tell everyone about the crime" because "he had not had the opportunity before."

After Marjanovic's arrest, the panel was changed by his father Vladimir, who until then had always referred to Jelena as an "angel" and his best wife and mother.

"Jelena was in a relationship with a tycoon. He is very powerful and holds half the city. Jelena asked him to get a divorce, but he didn't want to, so he killed her," the older Marjanovic began to talk. After this, no one spoke of a mysterious lover.

The appearance of a mysterious man in a white T-shirt at the forty-day commemoration of Jelena Marjanovic alarmed the crowd. Many began to say that it might be the killer. The man was immediately arrested and brought to an interview, but it turned out to be a young man who is a fan of the singer.

"I'm not a lunatic, nor a murderer. I loved Jen as my birth sister. In a dream, she called him and said I had to 'come to her funeral,'" he told police.