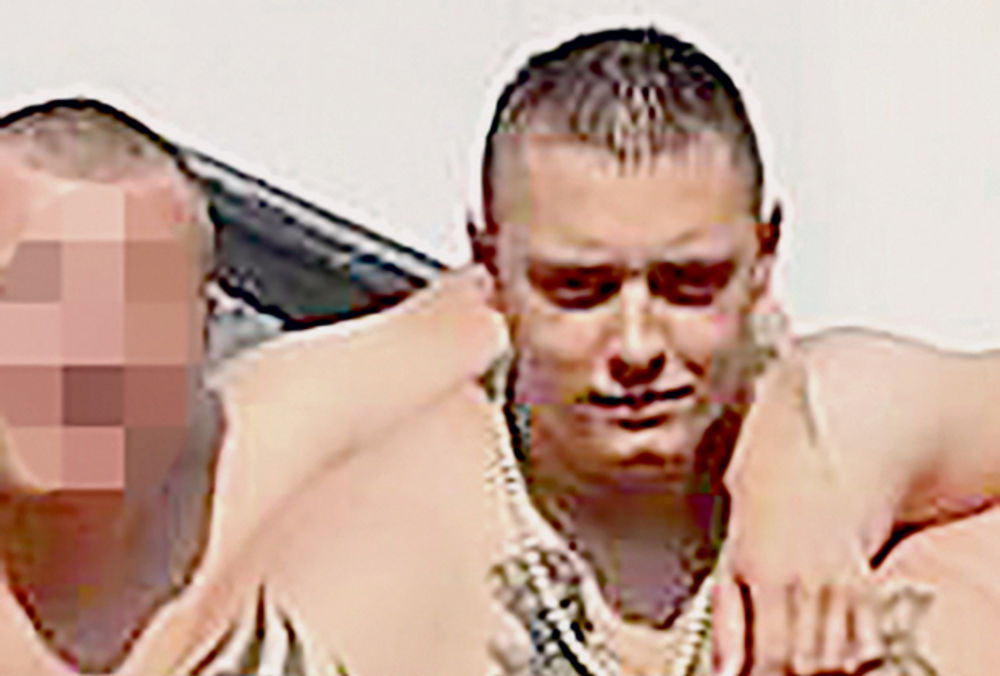 Suzana V. (63), an employee of the Administration for the Execution of Criminal Sanctions, who was arrested on suspicion of abusing her official position, was in charge of supervising Veljko Belivuk called Velja Nevolja, while he was under house arrest, Kurir has learned!

According to the Ministry of the Interior, she was handcuffed on suspicion that since June 2020, she has allowed convicts serving a house sentence to move freely and leave the premises where they are serving their sentences arbitrarily. It is suspected that she in turn asked for and received gifts from the convict.

– Veljko Belivuk, on the basis of a plea agreement for the attack on the security of Miloš Vazura, was sentenced to one year of house arrest without electronic surveillance. On the same day, he was released for aiding and abetting the murder of Vlastimir Milošević in May 2018, his detention was lifted, but he was transferred to an apartment in Zvezdara, where he was serving a house sentence – recalls the interlocutor of Kurir , having served two-thirds of the sentence.

Like any convict who serves his sentence at home, he explains, he has been assigned a supervisor whose task is to check that the convict is complying with the legal obligation not to leave the apartment without prior consent. The newly arrested Suzana V., she claims, was in charge of supervising Belivuk, visiting and checking that she complied with the sentence.

– There are data that indicate that not only Belivuk left the apartment but also the country. He was allegedly with his family at the famous swimming pools in Szeged at the time when he was to serve his prison sentence – a Kurir source reveals.

HAPPEN IN TODAY’S COURIER all the details of the scandal related to the illegal release of Belivuk from prison, for which the accused are charged, how the detainee was released …

Starting with pirated discs, profiting from the sanctions of the 1990s, he wanted to steal the PGP bar in Ljubljana

As many as 26 MEMBERS of my family were brutally killed in Jasenovac!

THE CREATOR OF THE AUDITION ACCUSED HIM OF CHEATING HIM FOR 5,000,000 EUROS

Sasa Popovic is the trouble of the stage!

Take care of the children, a pedophile is lurking on Instagram, COMPLAINT FOR ALL PARENTS!

The owner of the acting school denied the reports, he did not comment on the new accusations

CELEBRATE SAINT SIMEON THE PEACEFUL WITH THE COURIER! TODAY TWO GIFTS: Icon with gold print and prayer plus the addition of TV Screen

Today, the Serbian Orthodox Church and its faithful mark the day of Saint Simeon the Myrrh-bearer, ie Stefan Nemanja, the founder of the Serbian Nemanjic dynasty.

Today, in addition to the daily newspaper Kurir, you will also receive an icon with a gold print and a prayer as a gift, as well as the TV Ekran supplement.

Saint Simeon the Myrrh-bearer is celebrated in the same way as all other baptismal feasts – the feast cake, koljivo and wine, and with the consecration performed by the priest. If he falls on a fasting day, a fatty meal is prepared, and if he falls on a fasting fast. Baptism is the glory of the Patriarchal Chapel.

The founder of the Serbian Serbian ruling line – the Nemanjic dynasty – ruled the eastern Serbian lands. Having managed to expand the state, he fought against the Bogomils and is considered one of the founders of the Serbian Orthodox Church.

In the TV Ekran appendix, read:

Interview with Milica Zaric: Actors are never bored. When, after more than two decades of work, she was given the opportunity to play a negative character in the “Secrets of the Vine” series, this famous dramatic artist opened a new chapter in her profession.

Svetlana Bojković: Živka, who I play, is cunning, but she is also a great adventurer.

Ljubisa Ivanovic: Politics is not a recipe for an interesting interview.

Plus TV series announcements and the most accurate program.