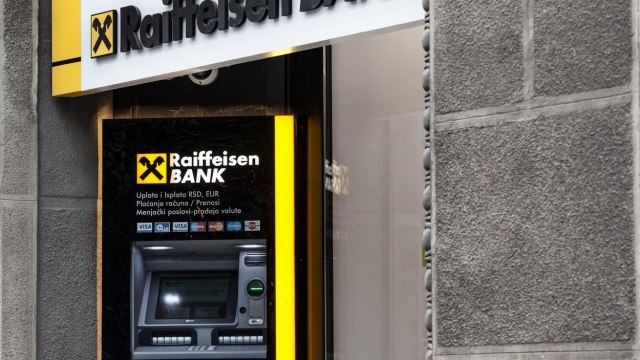 Another big change in the banking market in Serbia is underway.

According to the statement, the successful completion of this transaction requires the approval of the regulator.

“We are convinced that Crédit Agricole Bank and leasing would best complement our business in Serbia, because we nurture the same values ​​and business culture. I firmly believe that we would be empowered to provide even more customers with innovative products and further improve the user experience,” said Zoran. Petrovic, President of the Executive Board of Raiffeisen Bank in Serbia.

Johann Strobl, President of the RBI Executive Board, pointed out that Serbia is a very interesting market for them and offers them great growth potential.

“Crédit Agricole Serbia is strategically perfectly adapted to our bank and leasing company in Serbia, and this acquisition would support additional growth opportunities in this market,” he said.

Credit Agricole in our country has a base of about 356,000 customers. The statement added that the bank has a leading position in financing agribusiness (market share over 20%), and thus perfectly complements the business profile of Raiffeisen Bank. In the second quarter of 2021, Credit Agricole in Serbia had total assets of 1.3 billion euros, while Raiffeisen’s total assets amounted to 3.4 billion euros.

“If this transaction is successfully completed, the plan is to merge Crédit Agricole Srbija AD Novi Sad with Raiffeisen banka ad Belgrade, and CA Leasing Srbija doo with Raiffeisen Leasing doo Belgrade,” they conclude in Raiffeisen.

Recall, in the last year several banks in our country have changed ownership. Thus, Poštanska štedionica Bank merged with mts banka, and now they operate as one bank, then Komercijalna banka was sold to the Slovenian NLB banka, and previously another bank also changed its ownership structure – Opportunity banka ad Novi Sad (Banka), whose former only 100%) was owned by Opportunity Transformation Investments Inc., based in the United States, which recently reduced its stake to 22 percent.