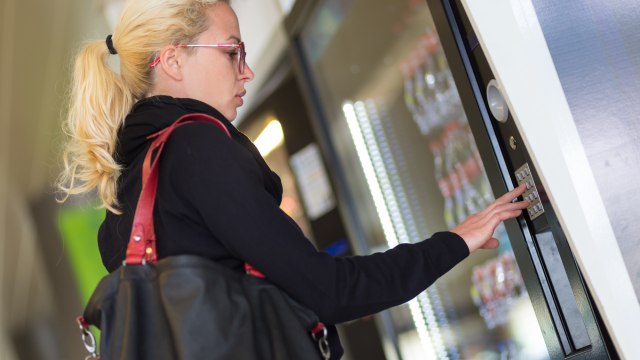 Banning the sale of sugary drinks at work can be one way of helping employees drink less of these drinks and lose weight, a recent study found.

Scientists tracked 214 employees at the University of California-San Francisco (UCSF) following a ban on selling sweetened sodas at work. At the beginning of the study, the subjects drank a liter of sweetened beverages daily.

Six months after the ban came into force, the consumption of sweetened soft drinks, sports and energy drinks, as well as those with aromatic flavors and bottled coffee and drops, was reduced by half a liter. The average waist circumference of the subjects decreased by 2.1 centimeters during the study.

"We were delighted to find that people are struggling to consume less liquid ether and reduce their intake both at work and at home," said Elisa Epel, vice president of psychiatry at UCSF.

"Not only did we reduce sales, but we also educated people, so we have to reduce inventory," says Epel. "They know that sugary drinks affect liver health even when they are not overweight."

All respondents were banned from selling sugary drinks, and half had meetings with healthcare professionals to explain how many were in those drinks and set goals for reducing intake. People in these groups were also invited three times to monitor their progress in reducing the intake of sugary drinks during the first six months of the sale ban.

With additional information and support, people reduced their carbonated beverage intake by an average of 0.7 liters per day, compared to a group that was only exposed to a sales ban and reduced consumption by only 0.25 liters.

Among people who were not obese or overweight, the average daily consumption of sweetened beverages decreased by 0.2 liters after the sale ban, while those who were obese decreased by an average of 0.6 liters per day. The average age of the respondents was 41 and a half obese.

The results suggest that if employers could help people choose a healthier lifestyle, that in itself would be more difficult, says Lora Mit, study author and professor at UCSF School of Medicine.