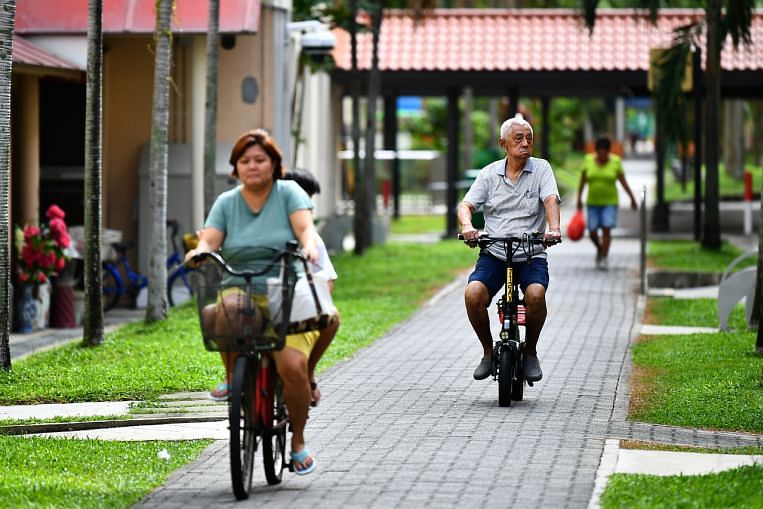 SINGAPORE – With mandatory theoretical tests for e-scooter and electric bike riders starting in the middle of this year, the proposed amendments to traffic laws will make it an offense to ride an e-bike on the roads without taking the test.

E-bikes, also known as powered motorcycles (PABs), are allowed on roads, bike paths and common paths such as park connections. They are forbidden to walk.

The amendments submitted on Monday (April 5th) will bring the Road Traffic Act into line with the Active Mobility Act, which was amended last year to require PAB drivers to pass a theory test before they can ride a bike or common paths.

The Ministry of the Interior (MHA) said the test will include modules on road safety and road safety to ensure drivers are aware of the rules of active mobility, the general code of conduct and safe driving behavior.

The mandatory test for e-scooter and PAB drivers was first launched by the Active Movement Council in September 2019, following a series of accidents and the death of cyclists following a collision with a fast, non-compliant e-scooter user.

During a debate on his ministry’s budget last month, Senior Parliamentary Secretary for Transport Baey Yam Keng said the exam manual would be released sometime this month.

The amendments proposed Monday also include a new felony punishing companies and individuals who employ either intentionally or negligently allow a person to drive a PAB road if they have not passed a theoretical test.

For example, a food delivery company that fails to verify that delivery staff driving PABs have already passed the test, including workers who are not its employees, will commit a crime, an MHA spokesman said in response to inquiries.

For two new offenses introduced, first-time offenders may be fined up to $ 2,000, imprisoned for up to six months, or both.

Amendments to the Road Traffic Act and the Fast Transit Systems Act, introduced Monday, will also empower police officers and other persons authorized to conduct security searches on public transport.

Currently, searches can only be conducted on bags or other items carried by carriers.

The LTA said the amendments would allow people to be carried out at certain entrances to bus hubs, before passengers enter road stations at MRT and LRT stations, or within any part of these traffic hubs.

If necessary, these searches can also be performed on buses and trains.

“Our public transportation system serves millions of passengers every day and can be an attractive target for security threats because of their vulnerability and potential for mass casualties.

“We need to strengthen our existing security measures to be vigilant against any potential security attacks.”

The second amendment seeks to extend the existing regulatory framework for autonomous vehicles – which facilitates testing and supports industry R&D – for another five years until August 2027.