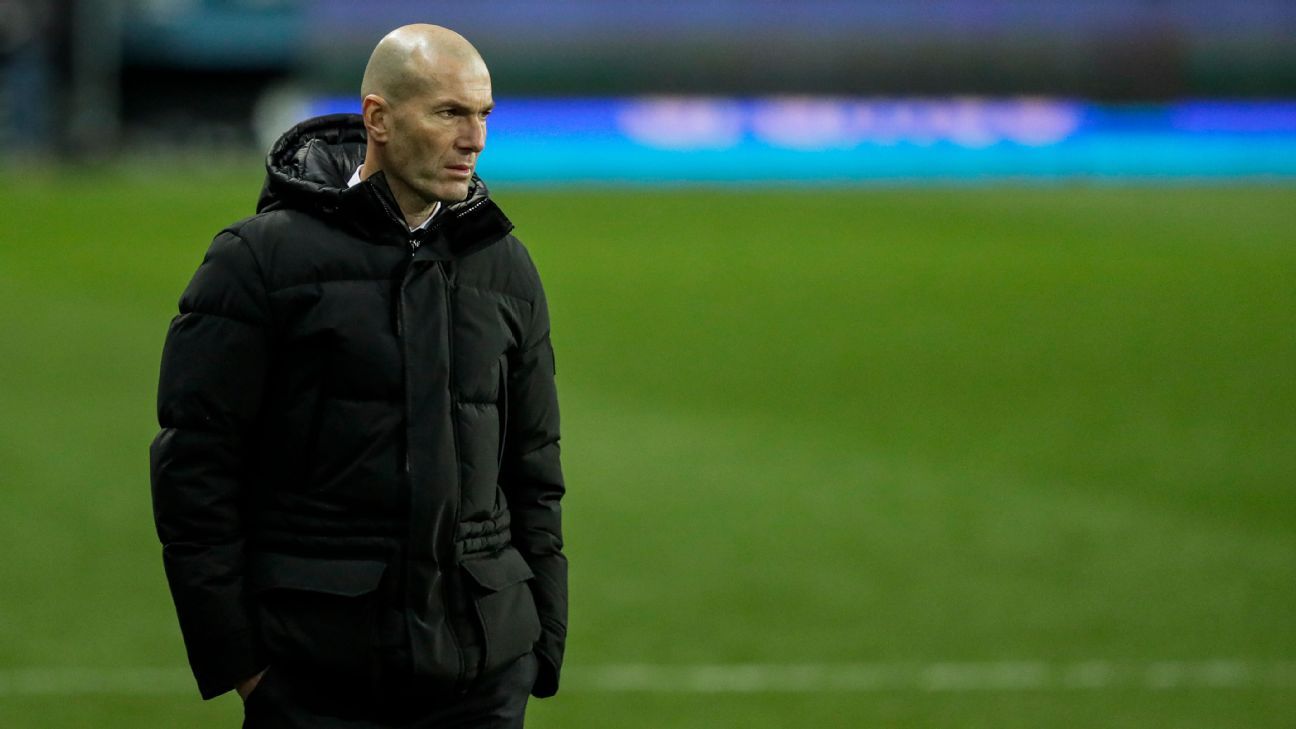 Zidane participated in training on Thursday, but did not participate on Friday morning before Saturday’s La Liga game in Alaves.

He will have to be isolated for at least 10 days and will only be able to join the team when he has a negative test.

Madrid did not reveal whether Zidane was asymptomatic.

Zidane was on the bench in Madrid’s shocking 2-1 defeat in overtime at Alcoyan, which the team eliminated in the round of 16 of the Copa del Rey.

Earlier this month, Zidane, 48, had to isolate himself as a precaution after a member of his entourage tested positive for COVID-19, but then negative.

Zidane’s assistant coach, David Bettoni, said Friday: “I spoke to him this morning and he is absolutely fine.”

There was a lot of anticipation regarding Zidane’s press conference after the disappointing week Madrid faced after last week’s semi-final defeat of the Spanish Super Cup by Athletic Bilbao and the shocking defeat at Copa by Spanish third division side Alcoyan.

Sources told ESPN that Madrid want to keep Zidane until the end of the season and that Zidane had no intention of resigning.

Asked how Zidane copes with the pressure, Bettoni added: “The manager loves football and is happy to be coaching this great club. It’s a hard time, but he’s sad that he’s not with us, but he will support us.

“I see him every morning with joy and a smile, with a desire to train. We are very eager to continue. We love this job and we are very happy to be here with these players.

“We had a good training this morning. We are all fighting together to win and we have a chance to prove it tomorrow. We are ready to play a good game.”

Madrid, meanwhile, have also confirmed that Fede Valverde has a muscle injury and will be on the sidelines for a month.