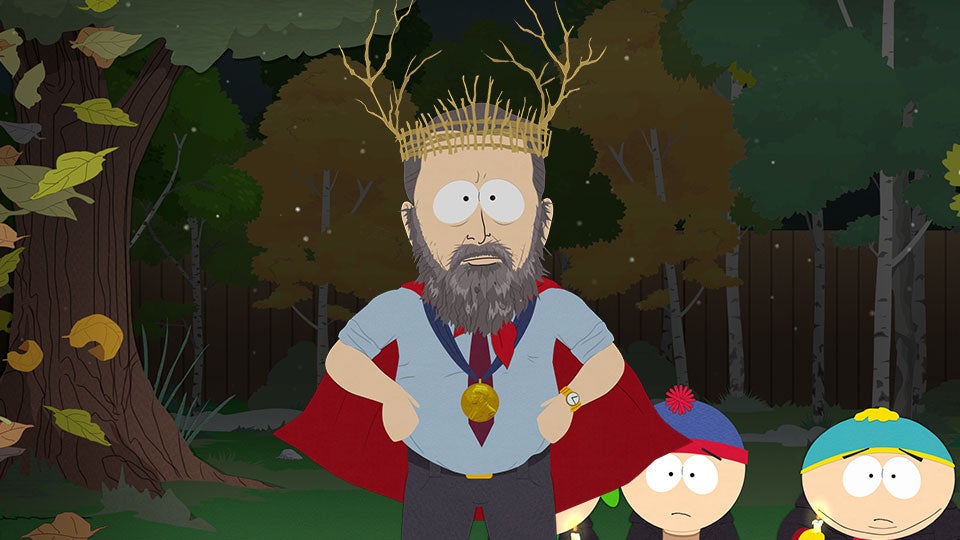 "Do you play Red Dead Redemption 2?"

Warning: Complete spoiler for the episode below.

Obviously, Season 22 is really a year in which South Park reveals its greatest hits. We already had an episode focused on old favorites such as Hankey and Towelie. And now for a week we get the long-awaited return of Satan and Al Gore. And along the way, "Time to Grain" showed that there is still gas in that old ManBearPig tank.

If it was not already apparent that Manbearpig is basically just a metaphor for climate change and public reluctance to be activists like Al Gore grain, this episode is pretty darned explicitly. That's a good joke at this time. This episode marks the third time that the series focuses on the rivalry of Al Gore / ManBearPig. However, given the recent news of how the world is basically welded to the front of climate change, it is a gag that feels more timely and smarter than ever.

It is also one that is nicely nourished in the current season by repeating the focus on school shootings. As much as South Park could be guilty of running the good joke into the ground through excessive use, the school shooting this humor this season never gets old. The show is still in the right place because it mocks the chronic inactivity and growing disinterest of what has become the major public health crisis. Taking climate change into the mix just makes sense. And at this point, it's hard to know whether to laugh or just feel deep, existential fear when you hear rows like "Scrapping school outside school – this is where children need to be safe!"

I appreciate the fact that there is a metaforce of climate change, which is somewhat self-sufficient. Returning to the original episode "ManBearPig", Gore was basically treated as stupid for attention due to stupidity. Between them and episodes such as "Two Days Before Day After Tomorrow" you could argue that the series was pretty much rejected by the climatic sciences in the past (although the last episode is more about mocking the stupid hysteria that surrounds the problem). But this time, the message is in Essentially: "We all had to listen to Al Gore when we had a chance, and now we are pretty SOL". You really have to admire the ability of this show to pay for the old country for more than 12 years down the road.

In addition, both Gore and Satan are just great figures. As long as this episode showed that Gore was always right, he still treated him as a lonely, socially embarrassing stranger who just wanted attention and confirmation. That party scene of Olive Garden was a flurry. And as far as Satan is concerned, it never ceases to be ridiculous to see the sign of fire and sulfur passage and the huge screens of power to a polite, decent player.

It was a joke when red dead redemption 2 pop up as a repetitive gag during this episode. On the one hand, it is obvious that the writers used it as an opportunity to find the unmatched ability of the show to refer to trendy topics this week. But RDR2 references made for the fun of the connective tissue. School shootings and ManBearPig massacres are just a chance to find all the time to play. I particularly enjoyed the domestic assault between Sergeant Yates and his stereotypical Irish wife.

In another beautiful surprise, the entire ManBearPig story ended with the installation of this great episode of multiple times this season. The writers deplore the metaphors of climate change even more deeply by revealing ManBearPig that it is the result of a generational bargaining of a generation that the younger generation must now repair. And if you continue this conflict for another week or two, it means more Al Gore / Satan alliances, so much better.

Before this episode, there seemed to be no place for Al Gore's anti-ManBearPig crusade. "Time to Get Cereals" proved to be wrong taking full advantage of Gore's return and metaphors of climate change in the heart of the enemy. Together with the welcoming return of Satan, with some great humor of Red Dead Redemption and the beginning of a new, multiple story, this episodio has risen again at least in season 22.