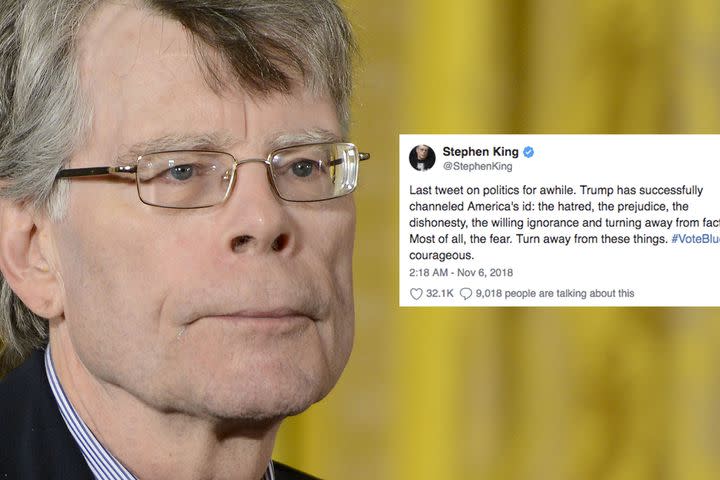 Stephen King wants you to vote. And if you've ever had such a quick look at his Twitter feed, you probably already know which way.

On Monday, the day before the halftime, the master of horror took him to Twitter to set up two final, pre-voice tweets.

The first contained a rather dull metaphor.

Donld Trump escaped the horse, and we're all on board. Vote for a democratic tomorrow. Let's put a little in our mouth and let's get it.#VoteBlue

The other, in the meantime, was pretty dull.

The last twitter on politics for some time. Trump successfully directs American id: hatred, prejudice, dishonesty, willful ignorance, and deterrence from the facts. First of all, fear. Get away from these things. #VoteBlue, Be brave.