The case of the Sole Covid-19 community in S’pore is a maid from Myanmar who was initially negative, Singapore News & Top Stories 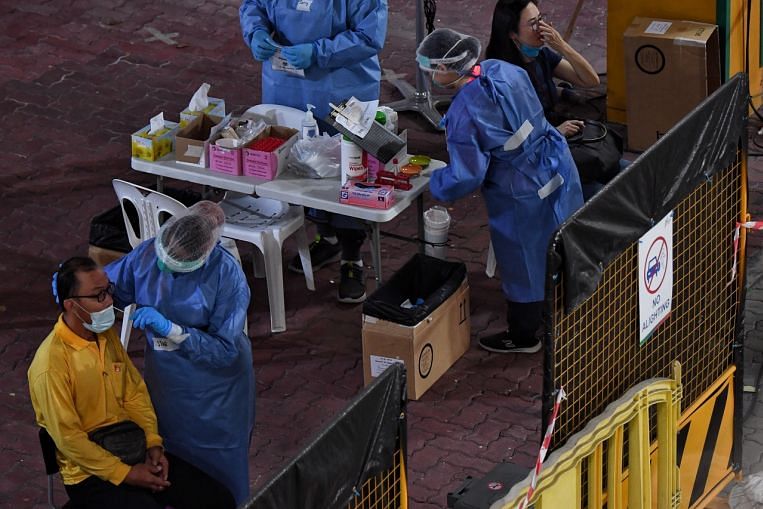 SINGAPORE – The only case of coronavirus in the community on Friday (March 26th) was a 26-year-old Myanmar national employed here as a foreign domestic worker, the Ministry of Health (MOH) said.

This is the first case of Covid-19, which is being transmitted locally, recorded since March 12th.

Her cough and runny nose developed on March 23, the day she started work at her employer’s residence. The next day she went to a general practitioner and was tested for Covid-19.

The test result returned positive to her on March 25 and she was taken by ambulance to the National Center for Infectious Diseases.

The second test conducted by the National Laboratory of Public Health on March 25 was negative for Covid-19 infection, and the results of her serological tests were positive.

She had previously tested for a negative virus, during a notice of stay at home (SHN).

She arrived from Myanmar on January 23 and served SHN in a special facility until February 6. Her test conducted on February 5 during SHN was negative.

After SHN, she moved to a boarding house for foreign domestic workers while waiting for a work schedule with her employer, and did not leave the boarding house from February 6 to March 23.

“It could knock out tiny fragments of viral RNA from a past infection, but since we are unable to definitively conclude that it is infected before arriving in Singapore, we will take all necessary public health measures as a precaution,” MOH said.

In the meantime, all identified close contacts of the case, including her contacts in the boarding house and residence of the employer, were isolated and quarantined.

They will be tested at the beginning and end of the quarantine to detect asymptomatic cases.

The MOH will also conduct serological tests for close contacts to determine if the case could have infected them.

A total of 12 new cases of coronavirus were reported, increasing Singapore’s total to 60,265.

The other 11 cases were import cases that were placed on a notice of stay at home or isolated upon arrival in Singapore, the MOH said.

Among them were two Singaporeans who had returned from Qatar and the United Arab Emirates.

With 17 cases discharged on Friday, 60,088 patients have fully recovered from the disease.

A total of 27 patients remain in the hospital, including one in critical condition in the intensive care unit, while 105 are recovering in the communities.

Singapore had 30 deaths from Covid-19 complications, while 15 of those who tested positive died from other causes.