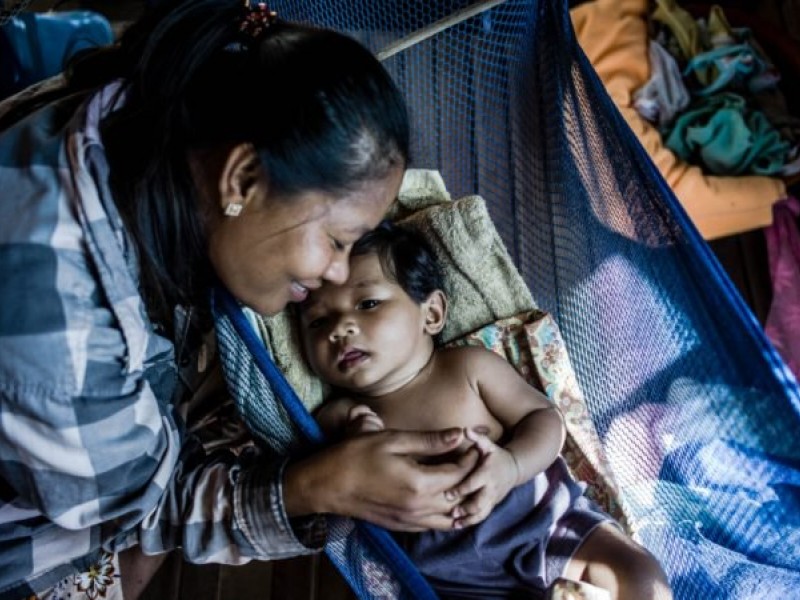 BRATISLAVA, November 29, 2018 (WBN / PR) – According to the latest information from the World Health Organization, around 36.9 million people infected with HIV live around the world in 2017.
More than two thirds of them in sub-Saharan Africa. In the most endangered countries, every third adult is infected with a virus. Last year, according to the WHO, 5,000 people are infected every day in the world. Humanitarian Organization MAGNA treats people infected with HIV in the most vulnerable parts of the world since 2002.

Every year, December 1, we will mark the World AIDS Day. The humanitarian health organization MAGNA, founded by Martin Bandzak and led by psychologist Denis Augustin, started

In 2002, as one of the first organizations to treat HIV patients, which helps to stop the HIV / AIDS epidemic in Cambodia. Children provided life-saving antiretroviral drugs (ARVs) and access to quality treatment. Later HIV / AIDS programs also expanded to other critically affected countries such as Vietnam, Kenya, Congo and Nicaragua.
Martin Bandzak Sok has photographed and entered the MAGNA HIV / AIDS program in Cambodia and soon became a Kini son. "Today we have 3 months and is completely healthy," said Denisa Augustinová, founder and director of the MAGNA operations department, who reminded us that it is important to keep track of the patients who will be treated. Denisa Augustinová has been dealing with HIV problems and treatments since 2002. He also added: "Our HIV / AIDS program now focuses mainly on children and adolescents and prevents mother-to-child transmission."
MAGNA is treated and cared for by more than 3,000 children and adolescents living in Cambodia living with HIV. "There are more than 70,000 people suffering from this disease," said Denisa Augustinova, the most prominent group of young people – teenagers, "old" when fighting for everything and everything, often being orphaned and living in difficult living conditions. The vast majority of children living with HIV have been infected by a mother during pregnancy, delivery or breastfeeding. However, preventing transmission of HIV between mothers and infants through ARV treatment may reduce transmission to less than 2%.
"Cost of medication is now cheaper than ever before, but efforts are still needed to provide quality treatment that will enable an infected person to live longer and healthier lives," adds Denis Augustin.
World AIDS Day World Day, as World Health Organization (WHO) declared as an opportunity for the celebration of this deadly illness. At the same time, it serves to support people living with HIV and teaching victims' memory. This is the first time it has been celebrated worldwide in 1988 and has celebrated 30 anniversaries this year. In 1996, the United Nations Program for the Suppression of HIV / AIDS was established and took over the organization and promotion of the World AIDS Day. The international symbol of the fight against AIDS and the expression of solidarity and suicide with people infected with HIV have been red tape since 1991. Used directly in the logo of the World AIDS Program and the Czech National AIDS Action Plan.
For more information on the organization of human health care MAGNA, visit www.magna.sk.

We treat you thanks

More on topics: AIDS, HIV, MagnaZdroj: Webnoviny.sk – Transition to HIV from mother to child stops in 98% of cases © SITA All rights reserved.