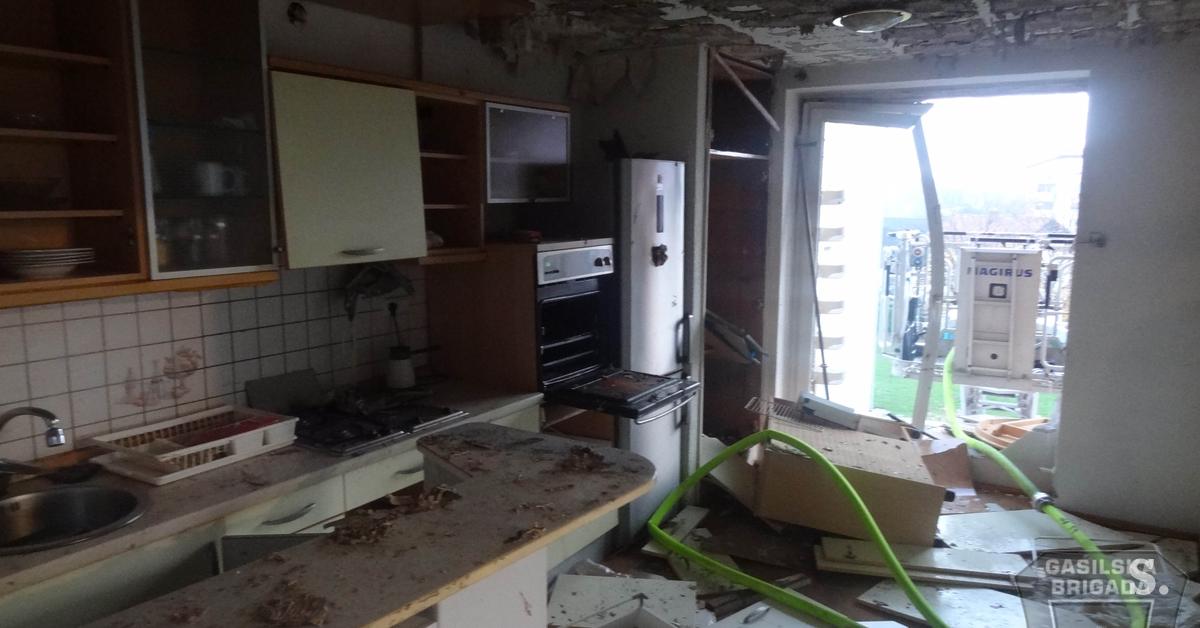 According to firemen, six apartments were completely destroyed in a massive explosion that hit Wednesday in one of the apartments in the Maribor block, which are so inadequate for life. 18 more apartments were damaged. The municipality offered alternative housing units to the inhabitants of the destroyed houses, but they were relocated to their relatives.

Immediately after the explosion, which took place shortly before 15.30 and devastated the entire third floor of five residential complexes on Greifov Street Brothers Street in the Pobrezje town district, it all needed to leave about 30 people. Some people can return in the evening, but only after firefighters and police check the situation and find their apartment safe.

The event search is still in progress, so the narrow block area is still closed. "The cellular should be appropriate, experts will thoroughly check it, including gas installations, and then work with the insurance company to assess the damage to individual flats," said Mayor of the Maribor Municipal Security, Rescue and Defense Commander Matej Zupanič.


Strong explosion in Maribor, the whole floor destroyed the #video


According to the police, four people were injured in the blast, according to firefighters, five. Of them, one person is seriously injured. As soon as she arrived at the critical location, she took her to the University Clinical Center in Maribor where she was given medical help.

Explosion of natural gas on the stove

The cause of the explosion is unknown, according to the first estimates of firefighters, natural gas exploded into a kiln in one of the apartments. The police still can not confirm this. "The investigation is still in progress, police officers still tour and gather information," said Bojan Kitel, Head of Police Directorate.

Since the effects of the explosion are visible up to a hundred meters around the housing block, the investigation is large. "We need to explore a very wide area before we reach the center and find out the cause of that event," said Kitel on Wednesday.

Damage to the materials is already great at first glance. Demolition of windows, fences and other construction furniture and glass fragments were around the blocks, even on parked cars nearby. The explosion was so strong that it could be heard in other parts of the city.