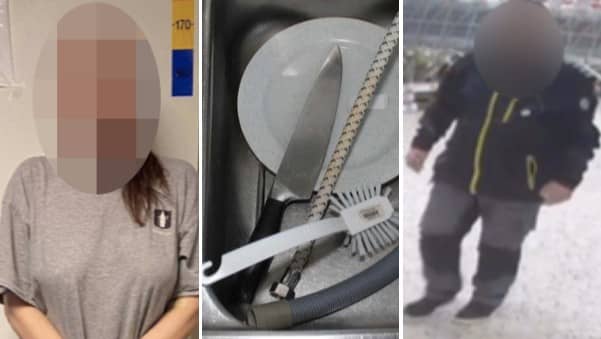 On January 29 this year, police and an ambulance were alerted to a home in Åsa in Kungsbacka municipality.

Then the woman called 112 and explained to the SOS alarm that her daughter had said something strange.

– He’s calling me and he’s in a terrible hurry. Apparently something happened there. I don’t really know what. It sounded like someone had died, the woman told the alarm operator.

He lived as a separate resident

Police drove to the apartment and met a dead man on the kitchen floor. A woman in her fifties was sitting in the living room, visibly drunk, according to police.

Police suspected the murder, but the woman repeatedly said she did nothing. She claimed she had been outside for some time and that the man was lying dead on the floor when she returned.

The deceased man and woman lived separately and were together for several years. The woman was arrested on suspicion of murder and during the interrogation initially denied any injustice. But in later questioning, her attitude changed.

– It was, I’m starting to talk that I want to admit that it was with NN (the victim), that I did it, in self-defense. And I failed, I felt really bad that I couldn’t say it right away, I’m ashamed. But that was because we had an argument in the kitchen, she says at the police interrogation.

Freed from suspicion of murder

In the afternoon, they started arguing, which degenerated into a woman who stabbed the man twice in the chest, according to the suspects. The woman says she grabbed a knife in the kitchen when they were standing to cook and then threw it in the sink.

The woman had previously been given payment orders for minor offenses such as theft, minor drug offenses and minor theft.

On Friday, the woman was acquitted of murder charges. The district court agrees with the woman and her defense counsel that it was self-defense and self-defense.

“She admitted the facts, but claimed there was an emergency. She stated that she had been subjected to a continuous criminal attack and that she was therefore entitled to a defense. The violence she used was not clearly unjustified“, The district court wrote in its verdict.

READ MORE: The last hours of a man before he was killed by his girlfriend