Operation of the PKK in three provinces: 9 members of the organization in action 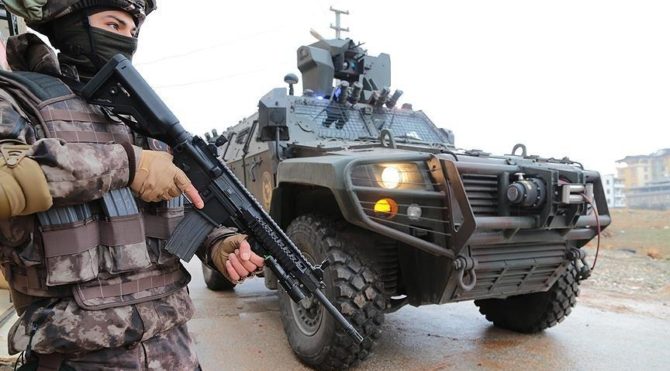 TEM police in Istanbul conducted anti-security operations, members of the PKK / KCK who were preparing for bombing and armed action. 9 suspects were arrested in raids organized in three provinces for suspects operating in the rural structure of the organization.

The operation was carried out by the Anti-Terrorism Branch (TEM) teams from the Istanbul police. The intelligence teams team, in co-operation with the rural PKK / KCK terrorist staff, have decided to establish a TEM team structure. The moment of technical and physical monitoring was launched. The investigation has shown that members of the terrorist organization are preparing for bombing and armed action against security forces. 9 members of the organization were identified in the study of suspects who were determined to transfer some people to rural staff.

After the study, it was decided to organize the operations at the addresses established in Istanbul, Antalya and Tekirdağ. Identified addresses are identified at the same time in the morning. The Special Operations Directorate and the TEM Operation Team have participated in the 9 suspected detention operations. Looking for one of the dry tissue 2 pistols 43 pieces of bullets with many organizational documents, journals, books seized. The digital materials of the suspects were taken away.

The suspects were taken to Istanbul's security office at Vatan Street.