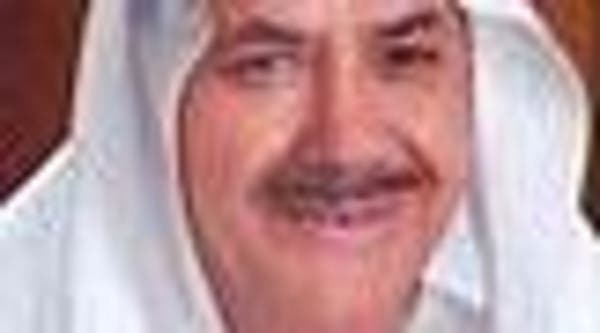 A colleague from the Arab Parliament asked me, “Are you still sending students to Western universities?” I answered him: Yes, and in large numbers every year. He added: Will the scholarship be returned after the completion of his mission? I replied to him: Yes, as soon as he completed the mission. But he replied and sadness wore on his facial expressions, unfortunately we have someone who goes there and doesn’t come back.

Competence failure suffers from most Arab and third world countries. Hamed Ammar from Egypt pointed out in his biography “Steps we have gone through” that his son Mustafa, who returned to his homeland Egypt, has a master’s degree from the best technological institute in the world, which is “MIT. He is a respectable young man and there he is sent at the father’s expense, and after returning to Egypt the father liked his son to work in Egypt and began to register him with the Engineers’ Union, and among the requirements for this is the equivalence of the certificate, and in the office of the responsible employee found this institute “MIT”, because of his misfortune due to travel difficulties and high costs, and in Cairo they have the best of him.Then they asked him for a certificate on behalf of the courses he studied during the four years of undergraduate study and a copy of his dissertation, and the son immediately stood up and thanked the director for the information and promised to complete the necessary information and so the bureaucracy thwarted the father’s attempts to attract the son to work in Egypt. Canadian company “Bell “Communications lured him to work on research in Ottawa, the capital of Canada, to rise quickly until he became a team leader and then a project manager, but his father was not comfortable with that and persuaded him to continue his studies and earn his doctorate. , while joining the University of Waterloo, and the university awarded him $ 5,000 a month in exchange for his participation in classes, and the Canadian National Council gave him $ 10,000 a month to help until he earned his doctorate, and when he informed his president in public about his desire to leave the company and continue his studies, thanked him, and a week later sent him a letter informing him that the center’s board of trustees had decided to approve the amount of (10) thousand dollars a month, not conditional on returning to the center after his doctorate .

Dr. Ammar mentions in his biography that his son joined the “Georgia Institute of Technology” in Atlanta, the capital of the state of Georgia, to move to the university corps to the rank of professor, and then to be promoted to a higher degree, known as ” Regent Professor GIT ”, which is a chair for a distinguished professor, so the doctor does not leave until he relaxes after receiving the professor. The big difference between the frustrations and bureaucracies that third world researchers are exposed to, the waste of time and lack of funding, and what Western governments and companies find in terms of generous encouragement, care, and aspiration for outstanding people research without conditions and restrictions.

The world is changing at a rapid pace, and human capital, knowledge and technology are a real treasure. After the world depended 80% of its revenue on materials and 20% on knowledge, the situation changed and knowledge became what receives 80% of revenue. It has become the human capital that controls the largest companies that have research centers that attract minds that work day and night on research and development.

The Kingdom, with its ambitious vision and its multiple programs, must attract more domestic and international talent and talent and facilitate administrative and financial procedures to ensure their attraction, empowerment and retention in universities, research centers and companies, including activating an extended stay program to attract international competencies, continuous work on raising the level of university performance by activating twinning with international universities and their prominent colleges, and establishing an electronic platform that will deal with attracting the best in the world, such as for reputable universities in the developed world. As for research centers, they must cooperate with research centers in developed countries in order to exchange expertise and competencies and benefit from their products through their production and marketing.

The Kingdom is in a great stage of construction and serious work on diversifying sources of income, and nothing will contribute to it, like the presence of productive research centers and strong universities that attract the best minds in the world, either as students or faculty members.

Notice:
All published articles represent the opinion of its authors only.