Learn more about versions of Arabic singing on Valentine’s Day 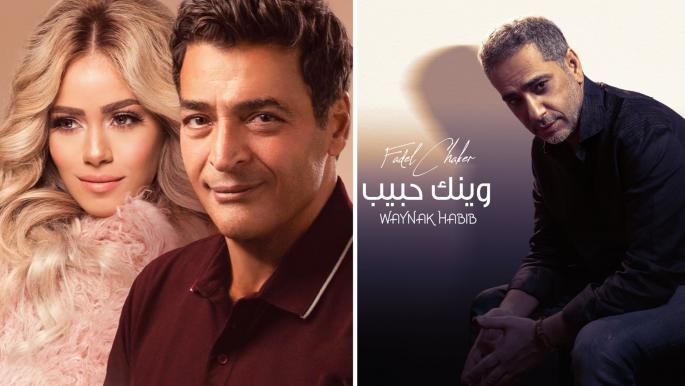 Arab singers wanted to release new songs on the occasion of Valentine’s Day, most of which appeared on the singers ’private YouTube channels.

Muhammad Mohsen also presented his new song, “Ahlan Taurus,” on the same occasion, with a special performance by his wife Hebe Magdy, as a model for a song written by poet Nour Abd Allah, composed by Muhammad Al-Nadi, and distributed by Yahya Youssef , and the video clip was produced by Batoul Arafa.

A few days ago, singer Ahmed Gamal launched the song “I Love You” during his last concert at the Cairo Opera, and the song was written by Nour El Din Mohamed and composed by Ahmed Gamal.

Singer Ramy Sabry’s new song came through the song “His Eyes When They Meet Me” and posted it through his accounts on social media websites, written by Muhammad Atef and composed by Rami Sabry.

Medhat Saleh is preparing, tonight, Sunday, to release a song on his new album called “Nurti Qalbi,” from the words of Amr Al-Masry, and composer Nadim Kamal.

Through his Facebook account, Tamer Hosni apologized to his fans for failing to complete a new song he was supposed to put on Valentine’s Day.

From Lebanon, Marawan Khoury presented a video for the song “Mahala Ala Qalbi” written and composed by Marwan Khoury on his official YouTube channel.

Fadl Shaker’s song “Weinak Habibi” was written and composed by Ayman Qumaiha, and the video was directed by Mahmoud Ramzy.

In Tunisia, Lotfi Bouchnak released the song “Ya Lalla Weinak,” written by songwriter Dr. Ali Al-Wartani, and composed by musician Muhammad Al-Aswad, and directed in the form of a Mahrez video clip.

And last night, Saturday, Amna Fakher posted her new song “Ehmal” on her YouTube channel, written and composed by Salim Abdullah, and directed by Munem DMC.

For her part, singer Asma Bin Ahmed released her new song “Manama” on Sunday, according to songwriter Hatem Al-Qizani, and composed by Shehab Al-Bakoush.