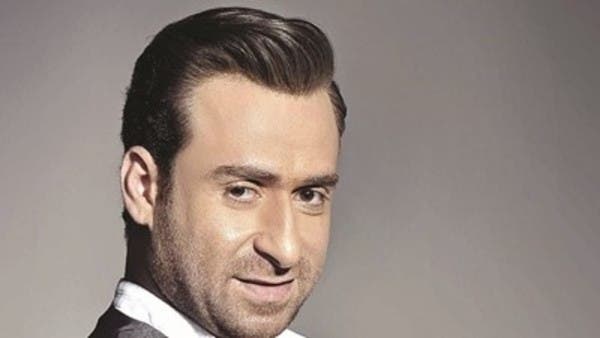 Distinctive works presented by the talented artist Nidal Al-Shafei from the beginning of his artistic life, which he started, as he says, from scratch without any funds or money.

In an interview with Al-Arabiya.net, Nidal Al-Shafei spoke about his new work, especially the series “Counter Attack”, in which he participates in Ramadan, and whose name was changed to “National Security”. He revealed his recent cinematic experiences in the films “Cell 7” and “High Pressure”, as well as his experience with Adel Imam in the series Naji Atallah … and why he did not complete his comic career.

At the beginning, tell us about the “National Security” series, and how did you make your dream come true?

I participate in the highly acclaimed series “National Security” starring Ahmed Ezz, Hind Sabry, Salah Abdullah and Hisham Selim, directed by Ahmed Alaa and screenwriter Baher Dewidar. And I love works that belong to the Egyptian intelligence championships and I hope to play any role in this context, and the dream came true with this series that tells the story from the files of the Egyptian intelligence championships. Fantastically.

You recently presented the movie “Dungeon 7”. What are the main reasons for your enthusiasm for it and the experience?

The movie “Dungeon 7” is a very special work. His heroes were a large group of important stars and I was happy to have participated in it with Ahmed Zahir, Maya Nasri, Abeer Sabri and other stars, and I am excited to have worked for several reasons, the most important of which is that the story is great and the script is very good, and are intended for the prominent screenwriter Hussam Moussi, who previously collaborated with him in two works, the series “Secret” and “Chess”.

In “Cell 7” I presented a good and very different character in my acting career, and she is the character of Mansour Al-Ayek whom I was very happy to present and I was pleased with all the experience and the distinguished young director, Abram Neshat, who tried to prove himself and your talent. I find all of this work successful and meaningful and wonderful.

I also presented a recent film called “High Pressure” .. But he was exposed to difficult circumstances and did not achieve the required success. What is the reason in your opinion?
“High Pressure” is a very good film and its story is different. He has a multitude of artistic faces and real success factors, but unfortunately the film producer did not adequately advertise him, which made the audience know nothing about him and thus did not achieve the desired success.

Does publicity really cause the whole film to fail like this?

Of course, of course, and unfortunately, there are some producers who consider advertising unimportant, but a luxury that can be released and is not the basis for the production process, thus saving advertising costs, and that harms the film because in the end the audience must know that there is a certain work. it will happen with only one method, and that is Boosting commercials and propaganda, and in the movie “High Pressure”, the producer did not care about any publicity for him in the first place, besides the fact that the time of his presentation was bad and very unfair.

How do you explain the lack of success of some of his works in the masses?

I will not deny that in my cinematographic career I have been exposed to very difficult questions, which are perhaps in the first place that have caused the lack of widespread public success as was required for some of my works. He has a large group of creators, the first of whom is a product that must protect the work and serve it so people know it, as well as a good director, a recognizable screenplay and a talented actor, but honestly, there is always an element that lacks work and causes Problem.

She succeeded a lot in comedy, so why didn’t she turn to comedy after the “Naji Atallah” series?

Comedy is not strange to me, and our Lord has honored me with love for people in comedy since I started in the series “Tamer and Shawqia”, which was presented in 5 parts, in which I played the role of Mr. Microbus, and the work was a great success .. But I didn’t continue in comedy for reasons, the most important of which was that the theme was presented and sought after and that I wasn’t offered many of the comic roles, which I sometimes don’t like, and I used to turn down some comedic roles because I cared that role be higher than the previous one, and that annoyed me because of the idea of ​​accepting any comic book work.

One of the reasons for my withdrawal from comedy is that I was afraid of the idea that there would be stereotypes or conflicts and limited to a comic role that I can’t change. That’s why I’m eager to change myself and play all the roles of tragedy, romance, social and comedy .

How do you see the collaboration with Adel Imam and how do you perceive him as a permanent leader?

Standing with Adel Imam was a very big dream and I just hoped to greet him or see him up close. And the idea of ​​standing next to him in a comic role was bigger than my dreams, because I consider him the President of the Republic of Laughter.

And the title of leader given by the audience to the artist Adel Imam deserved name .. And the titles are really desirable for the audience to be the one who gives them to the artist because the audience is the basis of all titles and successes and is the basis of the theme, and the leader Adel Imam at all levels is a great gift .. There is a long history and life in the service of art. And the audience and the presentation of many beautiful and successful works, all without exception, whether tragic, comic or social. After this great history, he really deserves all the titles, and when we travel to any country .. People tell me Egypt, the pyramids, the Nile is just an imam, it’s like all this and a great science.