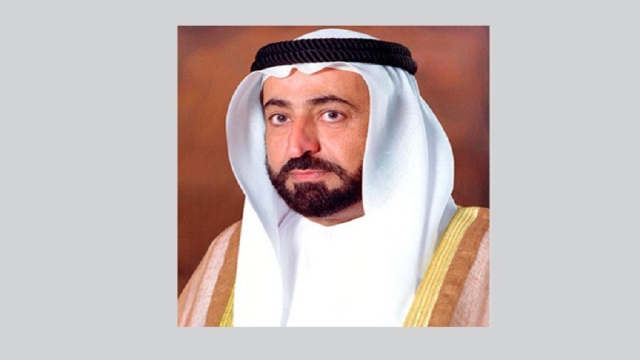 His Majesty Chief of Staff, Sultan bin Mohammed Al Qasimi, a member of the Supreme Council and Sharjah ruler, has opened the headquarters of the Arab Parliament for Children in the Dasmana area of ​​Sharjah.

His Highness also acknowledged the headquarters and staff of the staff and the efforts of the Secretary General of the Parliament in achieving its goals.

His Highness and the audience witnessed a documentary film about Sharjah's children's worries and Sharjah's Supreme Honor's efforts to provide a leading environment through the programs and activities of the Sharjah Children's Council and Youth Councils in Sharjah and his initiative to host the Arab Parliament.

Barrott said that since the adoption of the Arab League resolution on the founding of this parliament, and then the honor of his Majesty the Sharjah ruler, to host and confer a special staff, there was no mitigation efforts where the board hosted Sharjah emirates at the Arab Parliament headquarters to communicate the child with the competent to the bodies of the League of Arab States, And all this would open the way for this Parliament to translate the orientations and charters of the League of Arab States on the development of Arab children.

Regarding the role of the Arab Parliament's General Secretariat for the Child, the Secretary-General explained that he would cooperate with all interested parties in Arab countries in implementing an ambitious plan inspired by all the experiences and experiences, in particular the experiences, initiatives and potentials of the Sharjah emir.

Ayman Barout pointed out the full support of members of parliament for children, and stressed their great trust in them, as they are able to prove their great responsibility and ability to pass on the voice of Arab children and discuss their issues and make important recommendations.

At the end of the ceremony, His Majesty Governor Sharjah received a commemorative shield from His Excellency Ahmed Aboul Gheit, the Secretary General of the League of Arab States, in recognition of His Supreme Friend's support for all efforts to establish and establish the Arab Parliament for the Child.