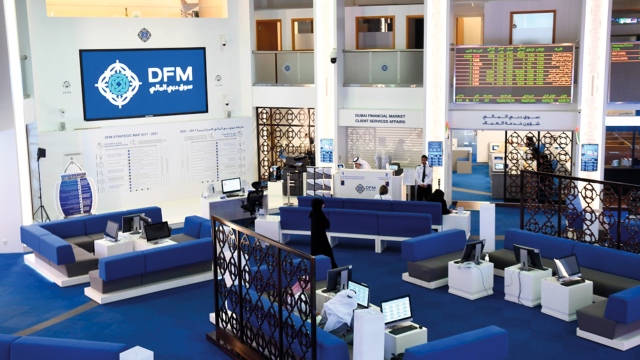 Two financial experts expected local money markets during the second quarter of this year to witness price increases and liquidity increases, due to low interest rates on bank deposits, with the end of the distribution season, which usually happens part is re-admitted to the market after receiving it.

They mentioned to Emirates Today that the market maker on the Abu Dhabi stock exchange has so far maintained good performance levels and good liquidity that is likely to increase, along with Dubai’s financial market, whose indicators support strong stocks such as Emaar and banks.

In addition, the liquidity traded in both markets reached 1.2 billion dirhams yesterday, while these companies achieved market gains of five billion dirhams.

In particular, Dubai’s general financial market index ended transactions yesterday, by 0.68%, at 2569 points and a total value of 166 million dirhams.

For its part, the general index of the stock exchange in Abu Dhabi increased by 0.84%, to 5711 points, and a total value of 985 million dirhams.

Yesterday, liquidity in both markets reached 1.2 billion dirhams, of which the largest share was concentrated on the stock exchange in Abu Dhabi, while listed companies made market gains of five billion dirhams.

In addition, financial market expert Dean Kanaan said the effects of local financial markets over the past six months have been very good given the conditions of the global economy, expecting improvement to continue, which could reach a boom due to falling interest rates on bank deposits. the lowest levels. This is what drives money holders into higher-risk sectors, especially the stock market.

He added that the season of the General Assembly and the accompanying approval of annual distributions will also contribute to the recovery of the market, as part of these distributions is re-pumped for investment purposes, which increases the attractiveness of the market.

Kanaan indicated that the performance of local financial markets was stable and positive yesterday, especially on the Abu Dhabi Stock Exchange, where the market maker managed to maintain normal liquidity levels and significantly support prices, while leading stocks play a key role in Dubai financial market performance, especially share «Emaara» with his three companies and banks. He noted that the presence of market makers in Abu Dhabi and strong shares of Dubai Financial suggest the two markets will experience a big boom over the next quarter of this year, especially as Dubai’s financial market index is expected to touch 3,000 points.

For his part, financial markets expert from BH Mubasher Financial Services Jamal Ajaj confirmed that the country’s financial markets continue to enjoy strong investment opportunities, especially with falling interest rates on deposits, as liquidity is focused on alternative investment channels, the most important of which is the stock market given the calmness witnessed by the real estate market. He said that in the second quarter of this year, the distribution and their income will be completed, and that some of them will return to the market in the form of liquidity that qualifies it for strong growth.

Ajaj added that leading stocks in Dubai’s financial market support growth expectations, noting that all internal economic factors are promising, along with the upcoming Expo 2020 Dubai, which supports the psychological factor for investors and stimulates more liquidity for entry and investment.

Shares of 17 companies rose, from 35 companies traded in the Dubai market.