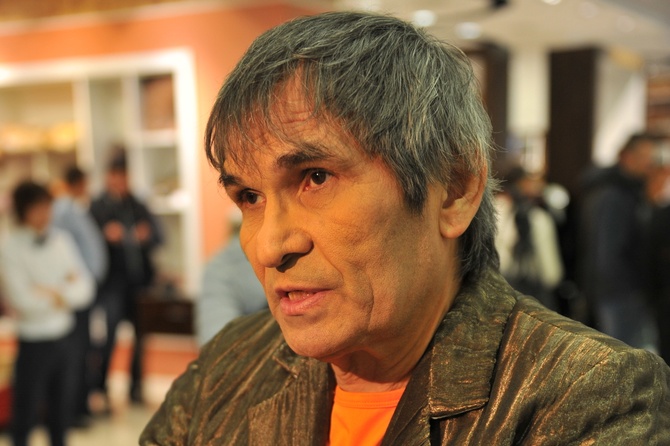 After a series of scandalous incidents in the life of Bari Alibasov, there was a lull: now the founder of the famous group “Na-Na” is recovering from a serious injury. According to his son, the supplement only worsens memory loss: every day the pop star finds it harder to remember recent events.

In order not to waste time, his successor is Bari Alibasov Jr.– tries to preserve the memories of his father, so that he can later make a film based on his stories.

“Now we are going to make a serial film about the history of pop music. It is very important to me to make this film as long as my father remembers everything until 2005. “Every month, Dad loses a year of memories of the past,” said Alibasov Jr.

The producer’s son plans to shoot a multi-part picture in which he will talk about the formation of Soviet show business, because, according to him, Alibasov Sr. created the first rock band in the USSR.

Alibasov’s successor claims that his father was the first to combine dance and music, creating a product unique to the Soviet scene. For example, the group Integral led by Alibasov demonstrated the first performance with a visual concept in the history of the Soviet scene.

“No one knows about this. Now the main thing is to have time to interview my dad, you need to find money for this film, ”said the showman’s son in an interview with RIA FAN.

The truth is, apart from money, Alibas Jr. is also worried about time: making a film can take a year, and it can take ten years. In the worst case, it will not be possible to collect enough material, because by then his star father will no longer remember the events after 1995.

Earlier, it became known about the condition of the leader of the group “Na-Na”: the situation, according to relatives, remains “depressed”, and the star producer himself has almost lost his memory.