In Kiev, a car flew into the underground passage 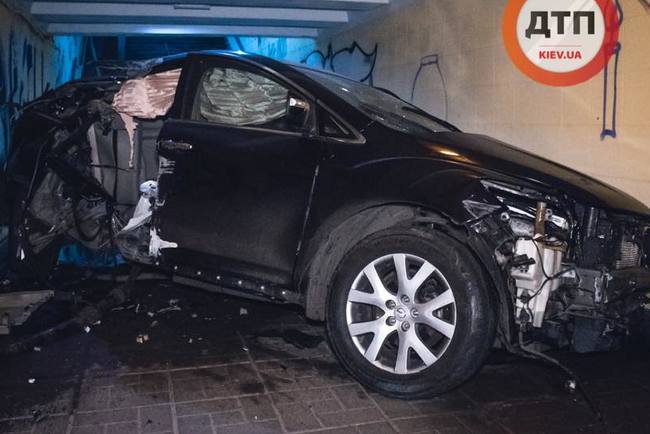 The filled gas tank is poured out during the transition

Early in the morning Sunday, November 11, in Kiev, at the intersection of Vozdukhoflotsky Avenue and Ogienko Street, Mazda driver, unable to handle the controls, left the road and flew into the subway with speed. This was reported by dtp.kiev.ua on her Facebook page.

"According to preliminary data, Mazda driver drove from the Povitroflot Bridge to Solomenskaya Square, the car was lost control, and the car drove to the defective road, dropped public transport, and dropped into the underpass." – he said in a statement.

It is noted that gas was thrown around the pedestrian crossing through a gas tank that had been hit by a collision. Police have damaged the territory, and emergency rescue officers have eliminated fuel spills.

According to the police, Mazda driver was not drunk and maybe he had fallen asleep on the steering wheel. It is known that no one else has been hurt

And yesterday, November 10, in the Dnieper district of Kiev early in the morning similar accidents occurred: car Renault Megane slammed through a covered underpass and crashed to a pillar.

earlier the car crashed into the kiosk at the bus station at Petropavlovsk Borschagovku.