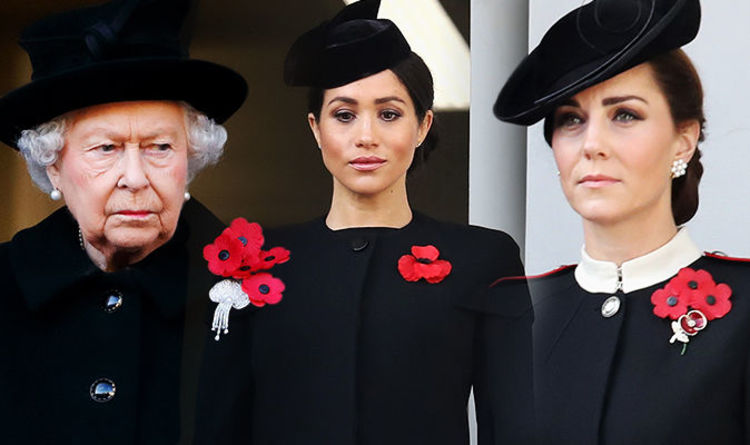 Duchess Sussex watched solemn actions from the balcony of a separate window outside the monument of the Cenotaph War. It was joined by the wife of German President Frank-Walter Steinmeier, Elke Buedenbender. At official events, the royal family is negotiating with Royal's "defeat."

When Meghan performed debut color reproduction in June, she stood behind Kate and William.

Joe Little, Editor-in-Chief of the Majesty magazine, told people: "It was not as prominent as some people expected, but there is an order.

"It was not the least intended, but William's older, older brother will go out with his wife first.

"Meghan was still in good standing.

"It was central, not the alternative to be in the front row and to the balcony on the left or right."

The palace source says Meghan's balcony position "came out of it".

They said, "No one sets this up, telling her where to stand.

"And there were a lot of kids that everyone would want on the front."

During the Sunday event that marked one hundred years since the end of the First World War, Meghan was wearing a black coat and a hat with a hair pulled back.

Catherine, the Duke of Cambridge, looked elegant and royal in a black coat with a white collar and red ornaments on her shoulders.

All the Royals were wearing a model to remember to fall, and the queen and Kate carry several of them – a reason that is not fully known.

The first day of the memorial was the Duchess of Sussex as a member of the Royal Family.

Meghan, Harry, Kate and William all joined the Queen and other Royals to mark the Centenary of Armistice at Westminster Abbey.