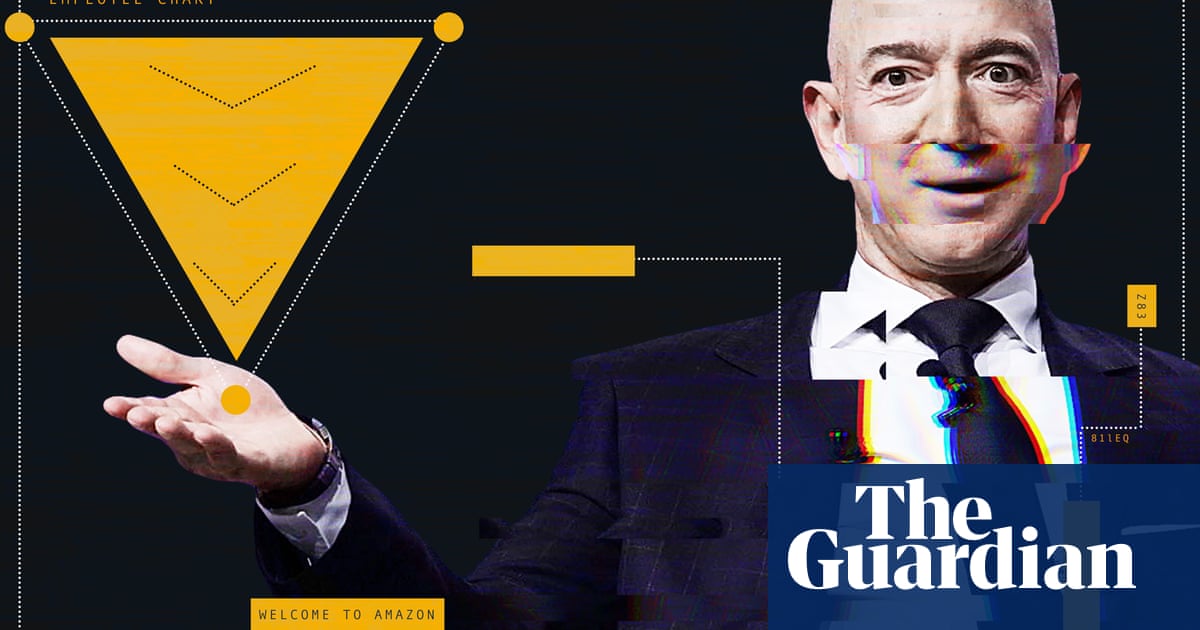 Welcome to American. It's always the 1st day. Are you ready to make a difference?

It was my first day as a seasonal American worker, engaged just before the main season. Our manager was like many Amazons: a former white-backed man in the late forties, wearing a straight-fit jeans and a T-shirt with an Amazon Army on the front. He turned the line beside the reverse pyramid, wrote "the least important" at the bottom and "the most important", and the word "customer" exhausted to the top.

"Where do you think Jeff Bezos sees on this chart?"

Stillness. It points to the bottom of the pyramid.

"Jeff sees himself as the least important person in the company. What this company cares about is the customer's promise and placing our customers in the first place.

"Where do you think our associates are?"

"Here, Jeff, you see yourself at the very top, you, associates, are closest to customers, it is up to you every day to support the promise of our customer." "As a collaborator in the first place, you are the most important part of this company!"

As I went on our exercise with my new orange coat jacket and wore my white badge marking me as a "seasonal" employee, I was approached by an associate in a beautiful, blue and green attitude of the "ambassador" jacket and a blue badge that meant she was "turned" into unconnexioned Amazon worker.

"Did they give you a pyramid?"

"That's a lot of shit." We laughed, but I was not entirely sure I understood.

"Welcome to Amazon," he said.

By using digital trackers and indicators, our working day goes to the next

The reversed pyramid is stuck with me as a collaborator who meets US cooperation. In some ways it is in the right place. It is important to take a step back and understand what is really filling American centers. Before Amazon, selling things mostly happened through physical stores. Enter the trade, and there may be dozens of employees, stocking stock, control counter, inventory control. Rhythm and rhythm of the day, at least compared to the sites of fulfillment, may be relatively relaxed.

In the Amazon, on the other hand, we are not retail workers. We are a factory.

One place to fill can include 1,500-2,000 full-time workers, storing, collecting, packing, unloading, sorting, palleting and delivering hundreds of thousands of items every day. The centers are filled with twigs, milling and stripping of conveyor belts, with a continuous dive of Kivabotov woods that move on the shelves.

We work diligently and diligently to run the Amazon. While our collective efforts produce stunning results, we are increasingly monitoring them. By using digital searchers and indicators, our working day is leading to another, and every task is timed based on the "rate" set by managers who are pushing us faster. Work is often organized so that workers can talk or even take breaks, being considered "beyond tasks". Like the factory workers on the mounting line, we are actually extending the machine.

When you recognize that what keeps Amazons going is the most important part of doing business putting us to the top of the pyramid is right. Workers – either engineers or hundreds of thousands of employees in the warehouse – are the backbone of business and the source of astounding wealth. Without us there is no Amazon Prime, no advertising revenue, no streaming video, no HQ2.

However, the analogy of the pyramid is also appropriate because at this time this place feels like a pyramid scheme. After a few months in the company, most of us are clear that management does not consider us a key contributor to his success. In reality, they are treated as disposable parts.

It does not take long before you see your puckered back, boxes falling on the head of the people, the carpal tunnel in the joints of your co-workers and the balky knees that are never repaired. You've seen workers who have subsequently denied claims for compensation and efforts to resolve security issues with low priority. You've seen sexism, racism and age in a culture of publicity infected with favoritism. You saw unfairly distributed records and manipulated workers. You've seen an emotional poisonous culture where the stress of fulfilling productive goals leads the managers to treat workers like things, to push harder and faster, no matter what their emotional or personal costs. You've come home exhausted, too worn out to spend time with your kids or friends. And you have noticed that the wealth we produce accumulates our boss – the richest man in the modern world – while our wages are hardly waiting on the surface. Amazonian new minimum wage of $ 15 is not enough to attract us hundreds of thousands in middle class.

Those of us like the bottom of the pyramid put their bodies and live on the line, but those on the top of the pyramid are getting dry. The closer you are to realizing the actual work of running this company, the more you are attacking your self-esteem.

Every other week this column will try to understand the complexity of life in Amazon and explore the effects of the Amazon on our lives and on the wider community. Through the whole, I want to remain consistent in one thing: Amazon workers deserve respect. As the people who make this business run, we are unique. And only if we are united we will be able to transform our company and our community into the ones we want.