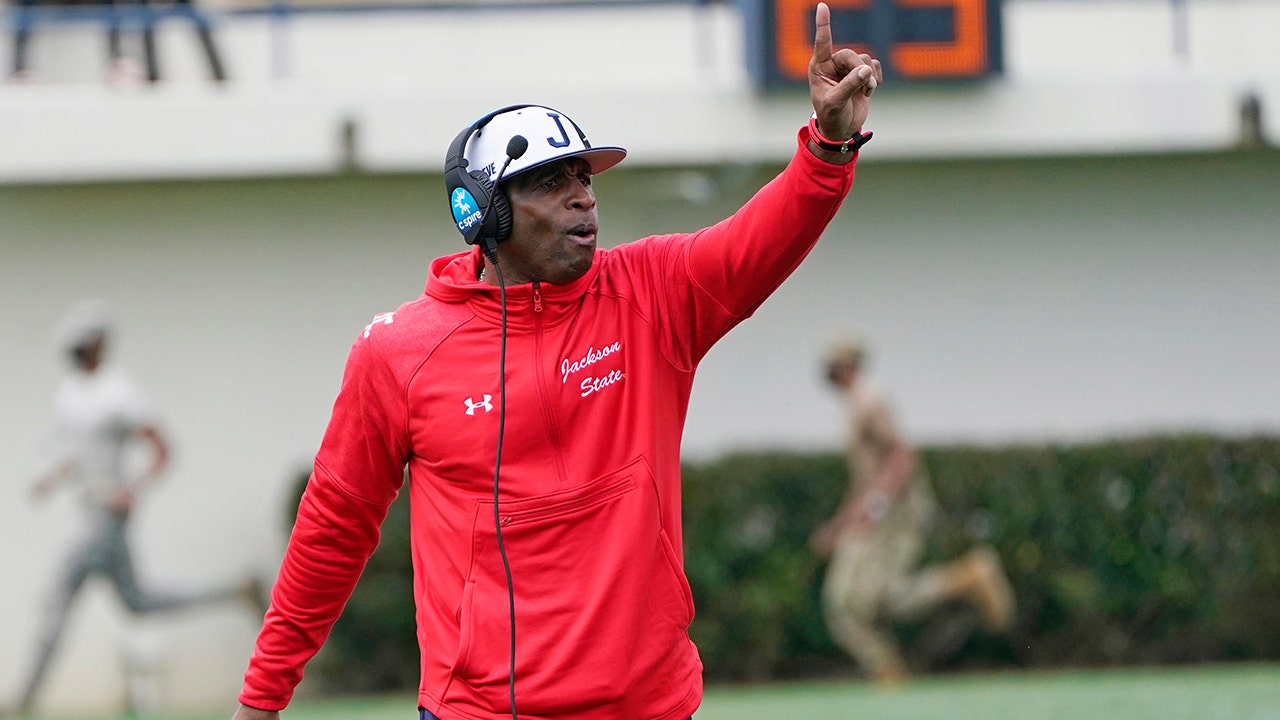 Deion Sanders, Hall of Fame striker and head coach Jackson State football, he left the interview on Tuesday after a journalist refused to call him a “coach”.

Sanders, who is entering his second year with Jackson State, corrected the reporter after mentioning him by his name during a media event at the Southwest Athletics Conference.

“Back it up a bit. You ‘re not calling [Alabama’s] Nick Saban ‘Nick’. Don’t call me ‘Deion’, ”Sanders said interrupting Clarion-Ledger reporter Nick Suss.

The NFL legend, feeling incompetent, took off his headphones and left.

“I never left Media Day,” Sanders, who tweets past Coach Prime on his Twitter account, tweeted. “I extended the time to answer another question and the person thought it was sweet to address me the way he did, so I dropped the call and went to the next outlet. Please don’t let the fool fool you because then no one would really know who the fool is. “

Suss explained A book to call everyone he interviews by name.

Saban was asked about the situation during a performance at the SEC’s media day on Wednesday.

“Look, I answer to everyone, and I’m invited to everything,” Saban said via AL.com. “It doesn’t matter to me.”

“I think everyone should have the opportunity to somehow create or create their own expectations of how to address them.”