In order to promote do-it-yourself metric registers in the eighteenth century, Paris laid a one meter long marble blocks on public buildings 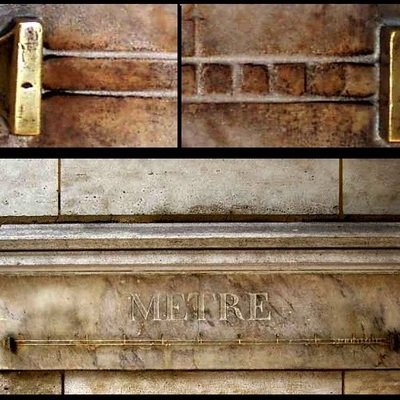 The French revolution got rid of old things that did not make sense, like the donkey monarchs and measuring systems. It is when the metric system was invented. Previously, units of measurement were derived by recording the distance from the king's nose to the tip of the thumb, but after Louis XVI's head suddenly became unavailable, this was hard to do.

Thus, in the nineties of the nineteenth century, the Academy of Sciences of France came up with a new measurement standard called meter, which was a ten millionth of the distance from the North Pole to the equator.

Now that they had the tape, they needed a way to make it popular. The Academy commissioned a series of platinum-iridium bars that were all exactly one meter long, and somehow presumably sent them to various countries as a new standard. 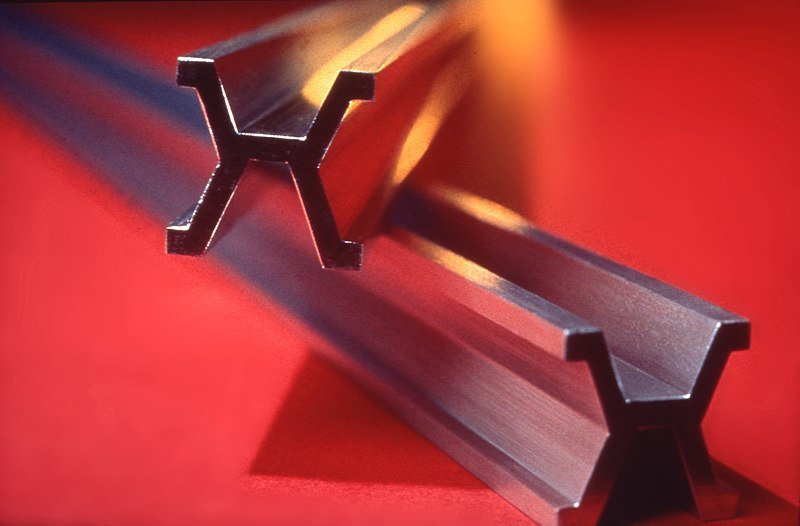 The bars have been designed with this cross section to prevent the bars from flexing. As a side bonus, they provided a convenient channel where you can view greeting cards during the holidays. 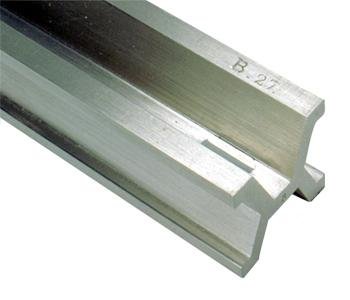 The United States received the National Prototype Meter Bar No. 27. Perhaps the French have been sensitive, because the United States is now in 27th place in the world for investment in education and health. 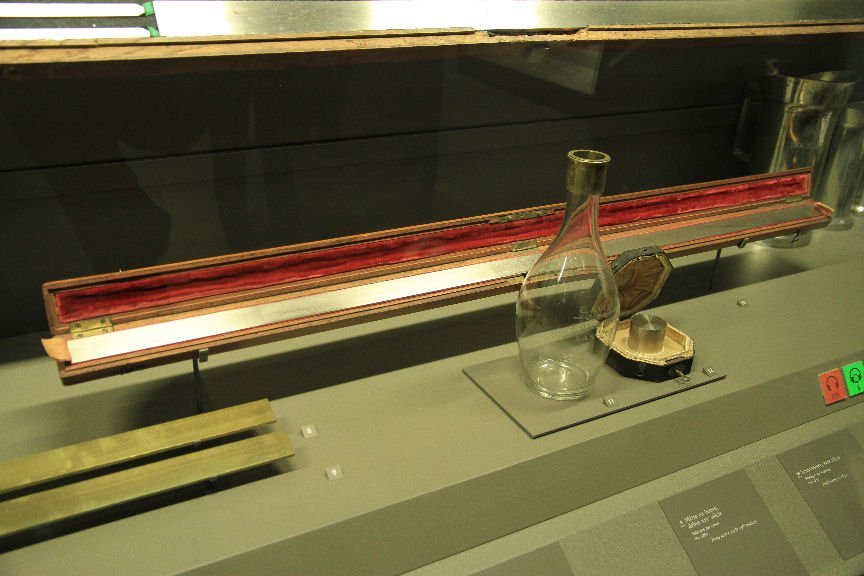 The original bar exhibited at the Museum of Arts and Crafts of France. Opposite is the original kilogram, which cocaine traffickers around the world visit to pay tribute to them. There's also a one-liter glass bottle, but I can not think of anything amusing to write about it.

The platinum-iridium bars are not cheap and France needs a less expensive way to promote the meters among its citizens. Then sixteen blocks of marble with precise counters inscribed in them were installed on the sides of the buildings around the city of Paris. The brass projections at the ends allowed to mark the ends of a stick that could be cut to size, and the lines engraved in the marble indicated the decimeters and, at the extreme right, the centimeters. 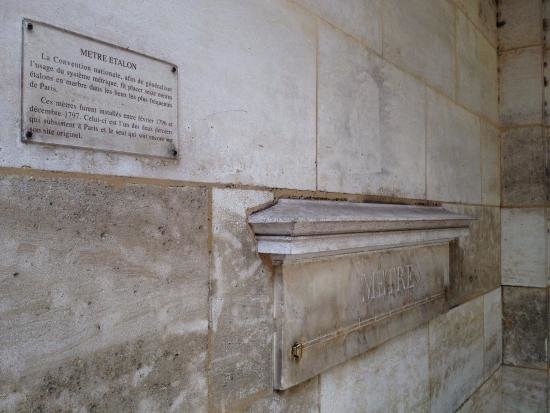 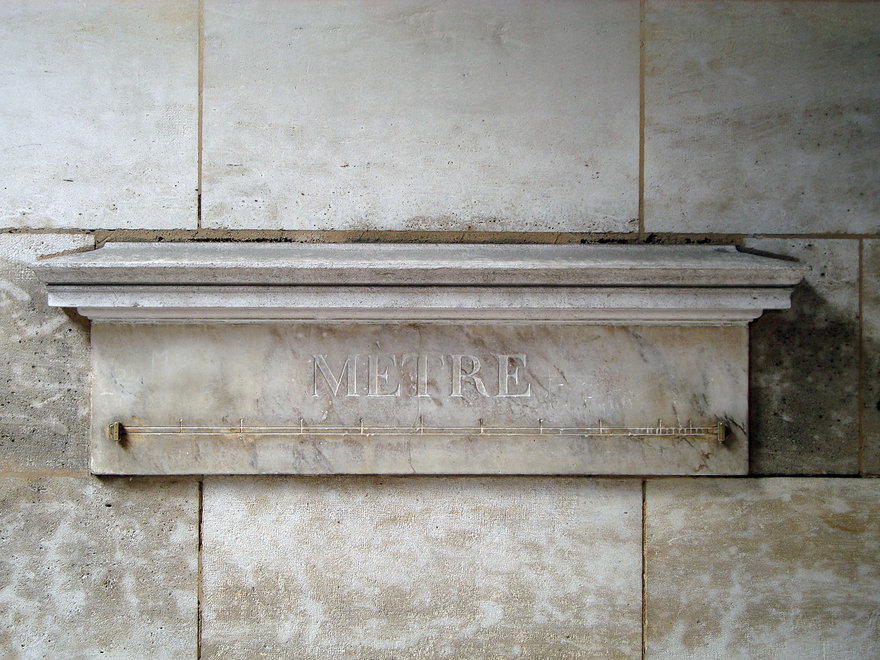 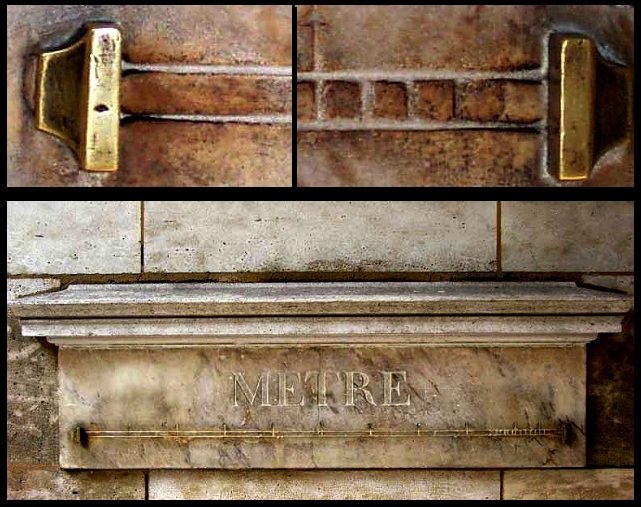 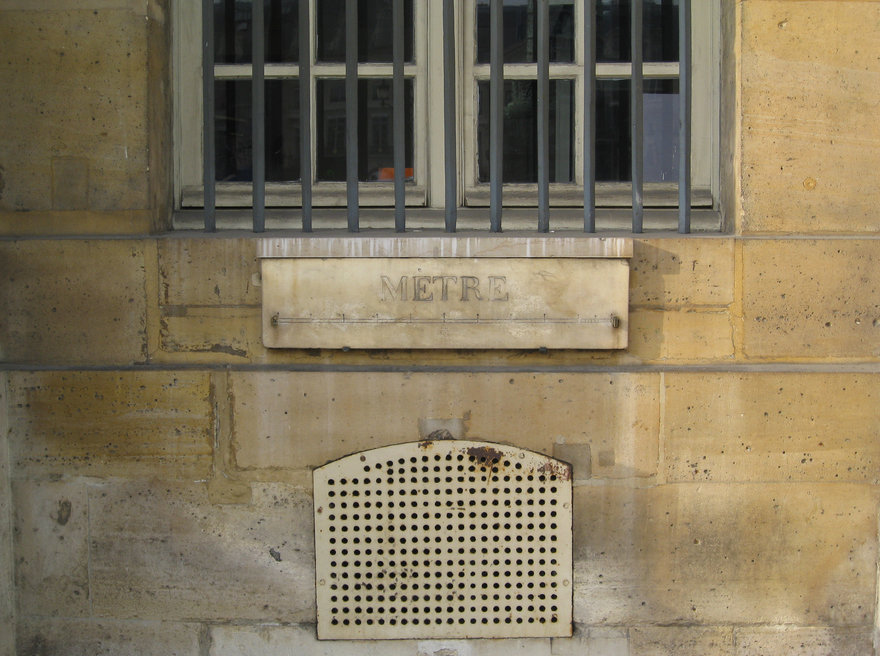 At one point there were sixteen mètre étalons, but today only two remain. They are sorted for historical purposes, but obviously there is no more need for them. The French have accomplished their mission and the metric has won the day.

Today there are only three countries in the world that do not use metrics: Liberia, Myanmar and the United States. And we are poorer for this.