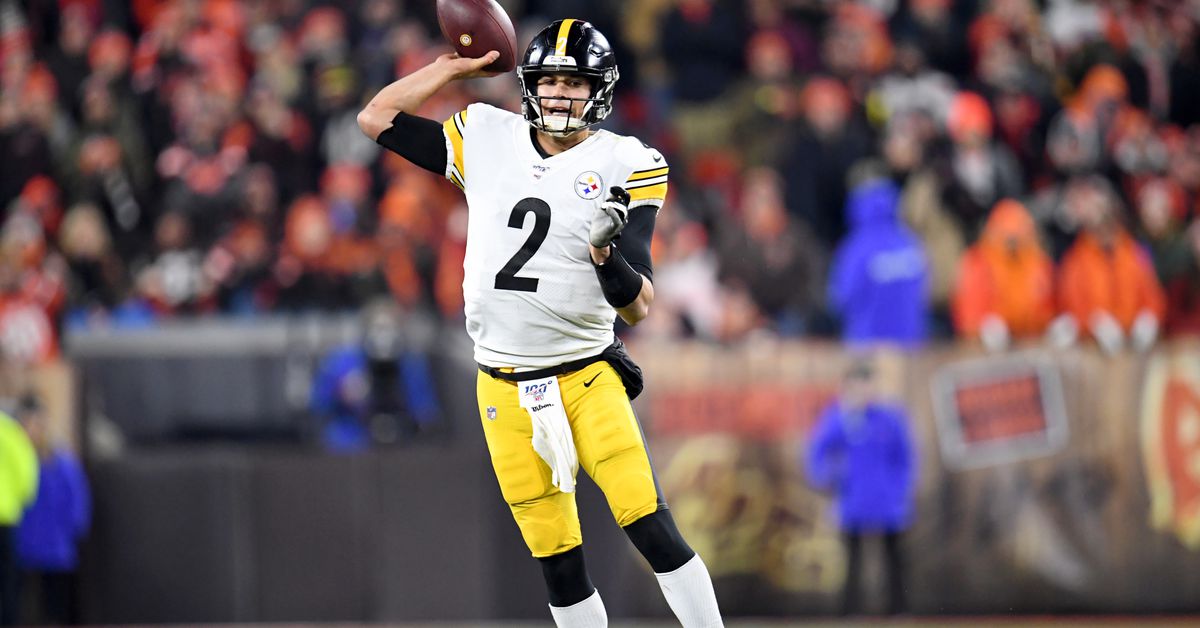 Pittsburgh Steelers fans were shocked and disappointed by Mason Rudolph and his complete implosion last Thursday night against the Cleveland Browns. I watched a ton of tape about Rudolph and watched him play the few passes he had this season several times. What was so different on Thursday compared to last week?

Not all of his bad passes were missed by the opponent's defense. Although he had four interceptions, he could still have three more, but they were rejected. When he wasn’t throwing interceptions, he was doing the same bad things I noticed in my movie studios this season. Poor footwork, not progressing through its width, poor touch, lack of pocket, and staring at targets. Has Rudolph made any progress since taking over the injured Ben Roethlisberger in Week 2? If nothing else, it seems to be coming back.

I don't see Rudolph as a reluctant future for the Steelers - did he even play well enough to be considered a role in the second set? I’m not saying slam the door on Rudolph and I have said week to week to continue with him through Devlin Hodges.

That stopped a great experience with a thunderous performance in Cleveland.

Do you see Rudolph throwing out weather patterns, slopes, or opening targets open? Did you see him throw numerous passes into the spot before the target turned his head to look for the ball? Very rare. How often did he make you say, "Alas, that was a great show now!" Rare again.

He has spent so much time this season checking players or throwing him across the middle and not showing touch on deep passes. Keeping his toe defense honest and honest: Rudolph completed seven of 31 passes over 20 yards this year. How many of them have failed blankets? Three? So what do the opposing defenses have to fear?

If defenses are not in deep play, are they pushing their safety closer to the line by dare the Steelers pass and stop the cold play? Fans even saw against Cleveland that garbage was being thrown to players who were tightly covered. So they stagnated the most dangerous aspect of his game.

The Steelers' extensions were very thin after losing JuJu to Smith-Schuster and Diontae Johnson, not to mention James Conner's return. Reportedly, the four interceptions and other potential interceptions are not due to a downfall or bad route. They are due to poorly thrown balls or unread coverage.

Since Rudolph is not the reason the Steelers have been winning games lately and that is a huge part of the reason they lost Thursday, why not blow the tires on Hodges?

Opposite the Baltimore Ravens, the former infamous rookie outside of Samford looked as tight as a relieved Rudolph left. The following week, against the Los Angeles Chargers while Rudolph was still recovering, Hodges turned to his first career start. The perpetual leader of the passing FCS was not embarrassed, but neither did the world light a fire. Hodges went 15-20, 132 yards, with a touchdown and an interception. The lone interception was a transition that Johnny Holton, at least, could play ball better.

The Steelers' vaunted defense pulled this slow attack, kicking and screaming victories despite Rudolph's play, why not try to bring some life into it? The offense has accumulated three offensive rebounds in the last three weeks. So far, she has hit the Browns' penalty area with more defenses than the Steelers have offensive yards.

Why not go with Hodges after Rudolph posted 23 of 44, for 221 yards one landing and four strikeouts? Are Steelers worried that hatching will stop him growing and become the fourth player of the future? Does Coach Mike Tomlin see Rudolph leading this team to the Super Bowl? (He would probably probably say that.)

I was labeled Rudolph's hater, but I strongly advocated that Rudolph remain the starting hitter after Hodge's performance against the Chargers. I was in favor of putting him on a shorter leash after his performance at the Los Angeles Rams, but now I am calling for a change. It is time to return the ball, however, which gives the Steeler a better chance of winning because of him, not in spite of him.