Shapiro says Chick-fil-A bows to "masters of political correctness": "the Left will never be satisfied" 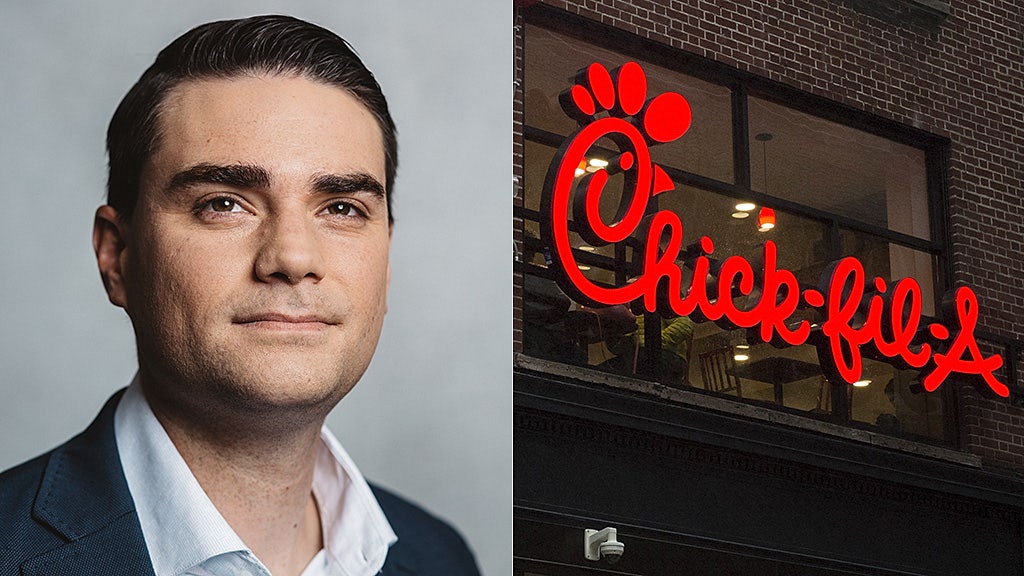 Chick-fil-A is "idiotic" for fueling the pressure of political correctness by ending donations to the Christian Athletes community and the Salvation Army, Ben Shapiro told Fox News @ Night on Tuesday.

In the past, the fast food chain has been criticized for donating to organizations accused of supporting anti-LGBTQ + views, although the restaurant and its foundation have always denied that they were asked specifically for views on these issues. .

"The left will never be pleased," Shapiro said. "Once you add an inch to the left based on your basic principles, the left will never stop. If Chick-fil-A believes that they bought the left through it all and the left will suddenly start transferring their dollars from any vegan restaurant which is being gifted to them … Another thing is coming … It will lose a lot of supporters on the right who feel like they have surrendered to a nasty, censorious cancellation culture. "

"The fact that Chick-fil-A decided to bow before the masters of political correctness and then exclude Christian charities because it happens that these Christian charities do not support same-sex marriage is quite astounding and is a terrible sign for our culture," he added .

Texas Republican Gov. Greg Abbott expressed his displeasure on Twitter on Monday, saying he would rather eat at a competitive barbecue restaurant than patronize Chick-fil-A.

Shapiro said that if Americans choose to just patronize the companies they agree with politically, it will cause politics to spill over into other areas of life and tear the nation apart.

"The real question is whether you're going to start boycotting companies based on the personal views of the business owners – so then we're basically going to end up with a two-tier political system in every aspect of American life and the country can't last that way," he said.

"If I literally have to look at the record of a political donation from a restaurant owner, where I'm going to patronize a burger, I don't know how it's going to last as a country."

Chick-fil-A stopped giving money to several conservative Christian groups in 2012 after comments from CEO Dan Cathy opposed gay marriage, but the chain continued to donate to the Christian Athletes community and the Salvation Army.

According to a statement from Business Insider, the donations were part of a multi-year commitment the brand made to both organizations, which ended in 2018.