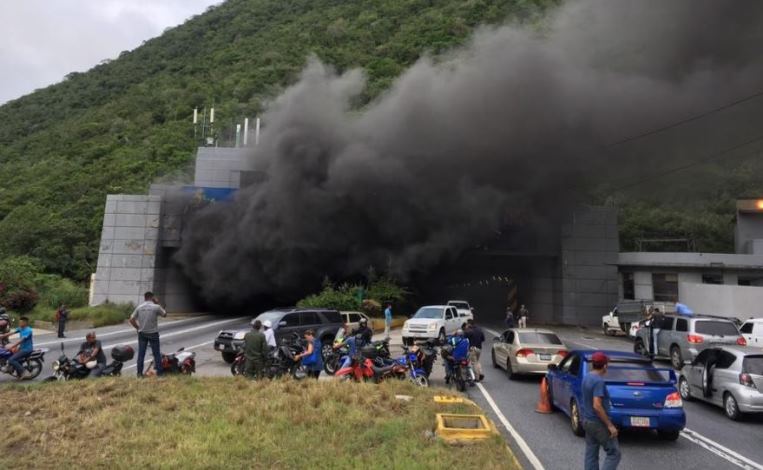 Through social networks, several users reported a severe fire that occurred in the Boqueron I tunnel on the Caracas-La Guaira highway.

By the time the causes of the facts are unknown, the reason why drivers are recommended to take their prognosis.

Civil protection and firefighters of the capital are already on fire control. At present, the drive passage is limited.

Officials of civil protection have so far not reported injured or deceased persons.

# 8Nov Traffic congestion is recorded on the east of the Caracas – La Guaira highway # 8Nov, due to the car fire in the Boquerón tunnel, in Litoral – Caracas – via @ nadeska16, Photo: Juan Gómez pic.twitter.com/mhoLXCPD9D – @ElPitazoTV

# 8Nov On Tuesday, there was a fire in the Boquerón 1 tunnel on the Caracas – La Guaira highway. Video courtesy. https://t.co/STuTYR7LIt – @TVVnoticias