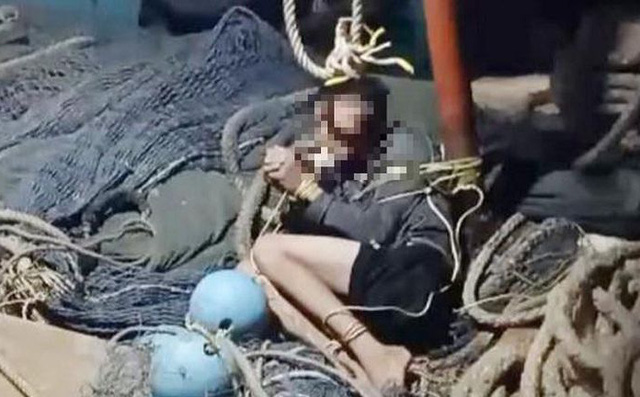 Accordingly, Mr. Pham Van Son (51 years old, living in Kien Giang Province) filed a complaint with the Ca Mau Province Police for the murder that occurred on a fishing boat that had sea control BT.97 … when the boat was anchored.na the sea.

On the evening of April 2, the Ca Mau CSDT Police Department is investigating a murder case, throwing the body into the sea.

According to the first check, on March 27, when the above fishing vessel was anchored at sea, Nguyen Van Tuan (34 years old, lives in Ben Tre Province) was hit by the crews of Nguyen Hoai Nho, Le Van Dien, Nguyen Van Hai and Nguyen Ngoc Chi they stabbed people many times and then threw the body into the sea.

The victim’s family secured, Tuan’s body was taken by the Malaysian navy and taken to Red Harbor. Identifying the victim’s feature, the dragon tattoo on the body is located from the arm to the left chest, about 1.7 meters high.

Currently, the cases are being further investigated by the authorities and are being regulated.