QQH HCM City talked about the act of "chattering" of girls in the elevator of Mr. Nguyen Huu Lin 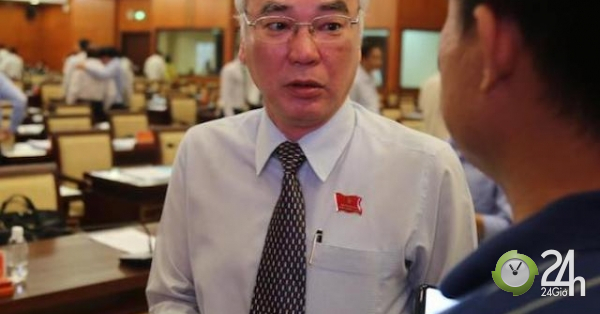 "Tapping" is just a way to understand and use words to deform wrong behavior and violate children's rights. " On the sidelines of the 13th Session (Extraordinary Session), the Ho Chi Minh City National Assembly, the term IX was just held on April 8 afternoon, Mr. Phan Nguyen Nhu Khue, deputy head of the Delegation of the HCM Delegation, spoke with journalists about the role. a delegation from Ho Chi Minh City in an incident with a maltreated girl in the month in Ho Chi Minh City.

Mr. Khue said that the Youth Union of Ho Chi Minh City made a general plan for the surveillance and protection of children, especially with the incident that occurred in section 4. "We sent documents to the Committee for the Right. City, that is not a special incident, but that occurred in the context of many cases of child abuse in the past, "said the deputy head of the Youth Union of Ho Chi Minh.

"There is obviously room for law enforcement where there is still insufficient consideration of its legal nature. Therefore, if possible, we recommend that the National Assembly have a common voice. This is not the case in District 4, but the children of the nation must be protected, the law must be supported. The transgressor, no matter who, must be taken into account, "said Phan Nguyen Nhu Khue.

Commenting on the fact that the recording of the incident was not enough to prove the behavior of the subject and that it was just a "cracking", Khue said, "How much I hear is" snapping "behavior, it's just a way of understanding and use words to deform bad behavior and violation Even if the picture is not enough, the girl can still speak clearly because I often say "go ask the old, go home and ask the children." I think the kids are very naive and they will be right to speak about this problem.

Mr. Khue also said that the prosecution, as proposed by the Child Protection Association in Ho Chi Minh City, "is completely reasonable and completely satisfactory." For, according to him, no one should be excluded from the law for such acts, not to mention that it is a legal person (Mr Nguyen Huh Linh, who was charged with abuse of children who are former deputy members of the Institute). Head of the City People's Committee of the City of Da Nang.

According to Khueu, at each meeting, QBQs have strongly expressed the reality that child abuse is at an alarming level, especially in remote areas. Even in urban areas with good conditions and quality of life, there can be a progressive cultural approach. He therefore suggested that there is a single understanding of the behavior of "sexual abuse of children" among the sectors.

"We should not wait for the investigation, we must have the voice of the association or the letter of the victim's complaint!" It is important to be determined in accordance with the law and nature of child protection, "said Deputy Head of the Delegation of the City of Ho Chi Minh.

Earlier on April 2, the social network spread a clip that was shot by a man who acted as a mistreatment of a girl in an elevator at Galaxy 9 Apartment (the fourth, Ho Chi Minh). Police District 4 entered the decision of the man in the video and identified him as Nguyen Huu Linh (born in 1958, living in Da Nang City) and former deputy director of the People's Procuratorate of the City of Da Nang.

Mr. Linh was called on the police agency to testify on April 3rd. In the police administration, Mr. Linh admitted he was a man in the video, but said that sweet girls should hug and that it was just "petting." Immediately after knowing that the girl was angry at the elevator, the Galaxy 9 Apartment Steering Board went to the apartment to find the former deputy director …