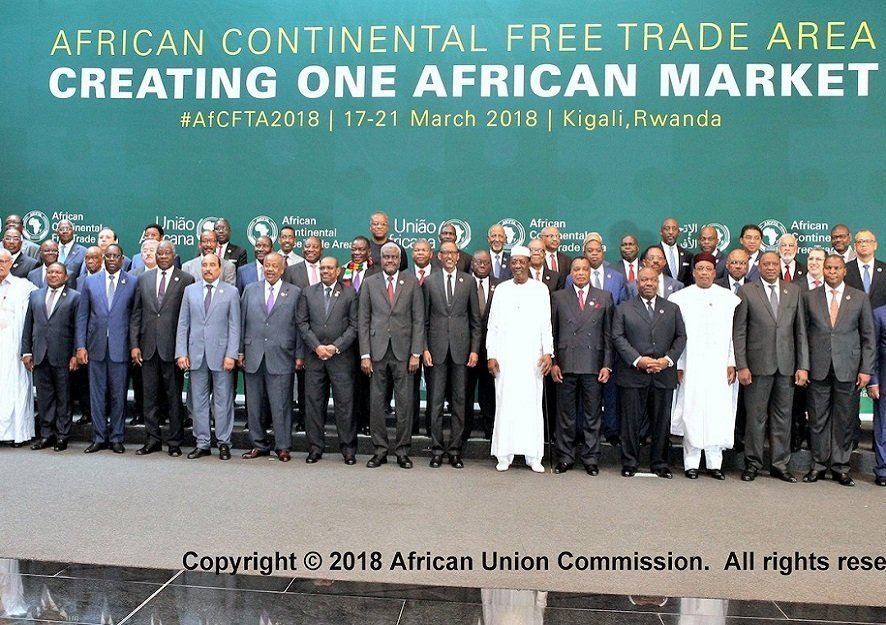 This required only 22 African countries to realize the dream of a single continental market of goods and services. Africa finally achieved that goal in April 2019, when Gambia submitted its instruments of ratification for the African Free Afcontinental Free Trade Agreement (AfCFTA).

This means that the AfCFTA will come into force for 30 days, the year after the 44 countries first signed the consolidated text of the agreement in the capital of Rwanda Kigali to allow long-awaited economic integration and movement of goods and people in the member states.

At present, only 52 of the 55 African states signed the text apart from Nigeria, Eritrea and Benin, who are still on the raft for various reasons, including pressures of business leaders and trade unions who believe the agreement could affect their economies.

Out of 52 countries, only 22 have submitted their instruments of ratification, starting with Ghana and Kenya in May 2018.

Once it comes into force, AfCFTA will create a unique continental commodity and service market; to improve the free movement of business persons and investments; to increase competitiveness at industry and enterprise level by exploiting full production opportunities.

With the commitment of all countries, the AfCFTA could bring together 1.2 billion African residents with a combined gross domestic product (GDP) of over $ 3.4 trillion to eliminate customs duties on 90 percent of goods, with 10 percent of "sensitive items" later.

This agreement was first introduced in January 2012 at the 18th regular session of the Assembly of Heads of State and Government of the African Union, held in Adis Abebi, Ethiopia. Member States have decided to establish the Continental Free Trade Area by 2017.

Since the founding of the Organization of African Unity (OAU) in 1963, the African Union has failed to implement the integration mechanisms and recommendations that will unite the continent.

Several meetings have been held over a long period of time to achieve that dream but without success. 44 years after the attempt to create a Union government during the establishment of the OAU, the opportunity reappeared at the 9th regular session of the newly-formed African Union (AU) in Akri, Ghana in 2007.

The agenda was to discuss the creation of a Union government that would lead to the formation of the United States as adopted in the 2006 study. The study proposed an African military force, a unique currency and a passport for Africans.

The fierce debate in Akri failed to establish a Union government, but the heads of state agreed to accelerate political and economic integration, strengthen the AU authorities and institutions, and then set a time frame for the establishment of a Union government with the involvement of Africans and Diasporas. .

Since then, the teams have been established in 2007, 2008 and 2009 to review the recommendations and give the green light to transform the African Union Commission into the body of the African Union to open the way for the Union government to be chaired by the president, vice president and secretaries.

All teams have since postponed their tasks, and the dream of the United States remains. However, the successful implementation of the African Free Trade Area (AfCFTA) Agreement will be a step in the right direction.