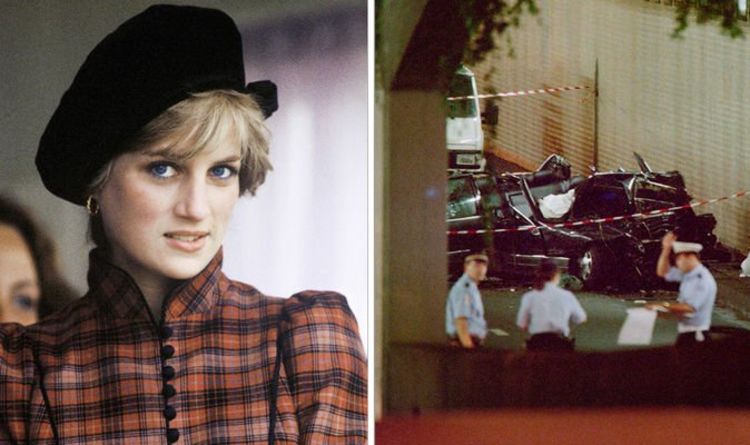 The forensic pathologist, who carried out more than 23,000 post-mortem deaths, said the fatal injury that caused the death of Princess Diane was small, just in the wrong place. Dr. Richard Shepherd, who reviewed the evidence of London's terrorist attacks on September 11 and 7/7, comments Diana's death in her book, "Unnatural Causes." According to Dr. Shepherd, Diana "actually suffered only a few broken bones and a small chest injury, but it involved a small tear in the vein in one of her lungs."

"When she had a heart attack, every effort was made to revive her and went to the hospital where they identified the problem and tried to repair the vein.

"But, unfortunately, it was too late until then."

He added: "Her specific injury is so rare that in my entire career I do not believe I've seen one more."

READ MORE: Death of Princess Diane: "Her injury should not kill her"

Dr. Shepherd, 65, reviewed the prince's body for an official investigation of her death two decades ago.

He claimed that Diana could be rescued when the nurses hurried to the hospital instead of pretending to be stable.

He added: "Emergency services, it initially seemed to be injured but stable, especially when it could communicate."

This is a statement supported by leading Christian surgeon Christian Barnard, who told the Sunday Telegraph: "My opinion was that they made a mistake that they were no longer taken to the hospital because her bleeding could only be stopped by surgery."

He added, "I realize they've spent up to an hour at the accident site."

The Princess of Wales died after a car accident in the Paris tunnel in the early morning of August 31, 1997.

Diana, 36, and her lover, Dodi Al Fayed, 42, were killed when their Mercedes crashed into the underpass in the French capital.

Driver Henri Paul and Mr. Fayed died on the spot while the prince died of injuries at a nearby hospital a few hours later.